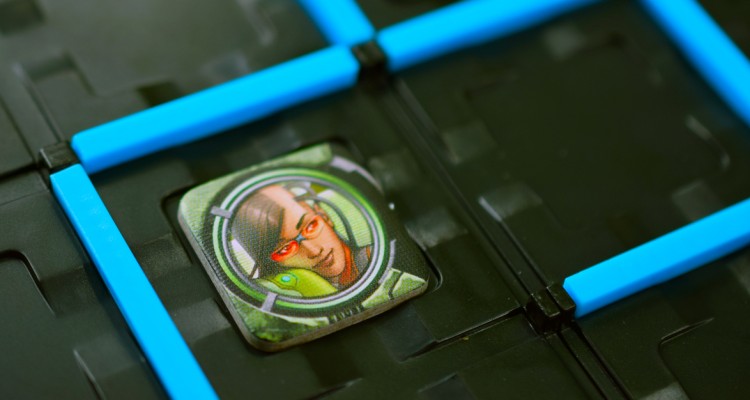 Glimmering paths spread out in an endless vista of opportunity as far as your software can resolve, packets of data passing you by in an eyeblink. More information available than you could process in your lifetime, and yours to command. You’re in the mainframe, and the Corps can’t stop you. There’s only one, small problem, however. Your rivals have followed you in, and they’re just as skilled, underhanded, and devious as you are. Can you wall them off and keep control of the system for yourself?

The latest addition to Fantasy Flight Games’ Android world, the cyberpunk representation of a distant future Earth, is Android: Mainframe, a 2-4 player abstract strategy game. Players take on the role of Runners, the free-thinking antithesis to the world’s oppressive Corporations, and compete to construct and maintain access points into the corporate mainframes. While the ultimate goal is to topple these giants, the primary resistance met in Mainframe is from the opposing Runners, who will hack, bug, trace, and backdoor their way through your access points in an attempt to establish their own. To succeed, you will need to run hard, effectively utilizing your program suite to stall your opponents without losing focus of the ultimate goal: taking down big business. 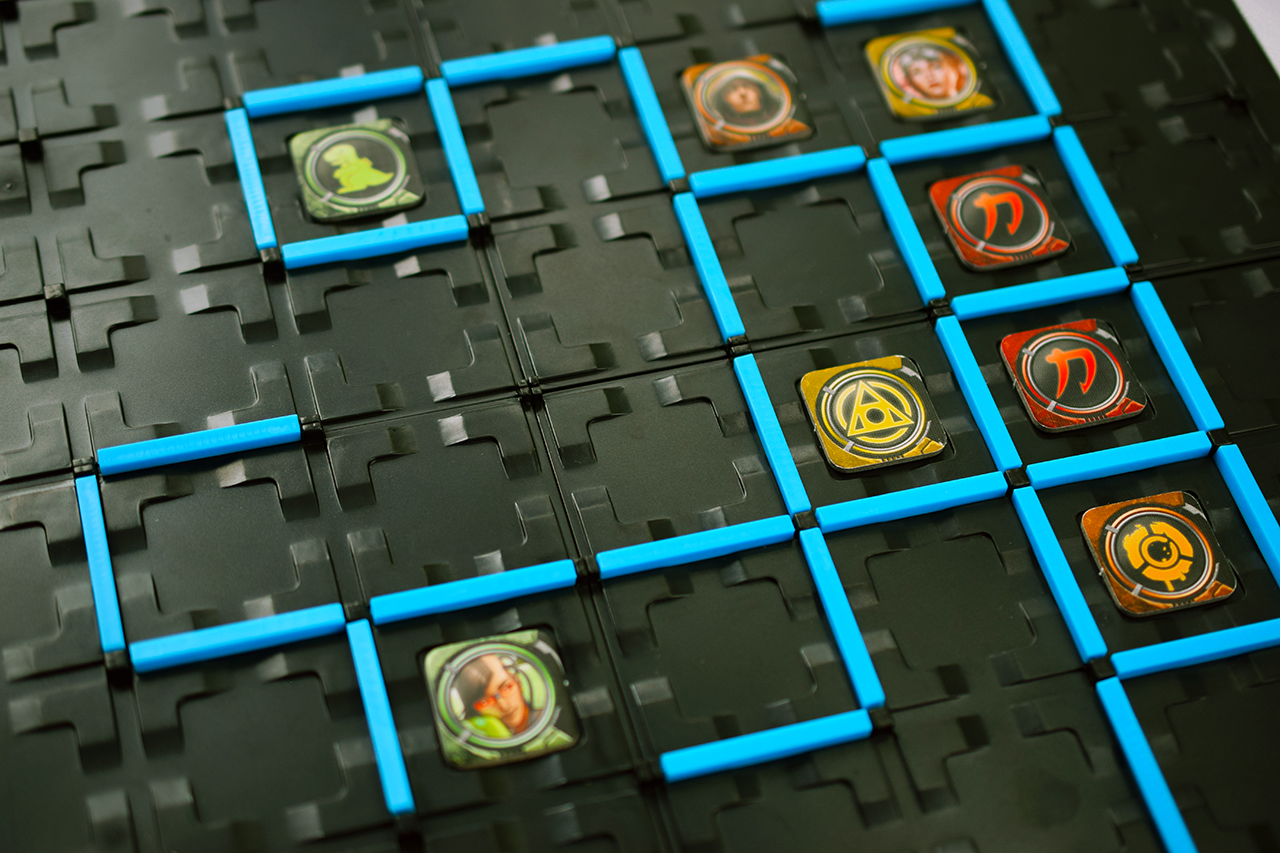 The design of Mainframe is borrowed largely from an older title, Bauhaus, with changes in theme and an added focus on individual player powers. The roots hold true, with the primary mechanism being abstract border-placement and area control. As you play, you will place control markers (your access points) and borders along a gridded board. Closing off an area completely, with only a single player’s control marker inside, locks the pieces and scores the controller points equal to the area’s size.

Your actions are dictated by card selection, chosen between a 4-card communal “program suite” and a three card hand of personal programs unique to a chosen Runner. Each card has a different movement option and varies between placing new borders, moving open borders and swapping control markers that have yet to score. These options allow players a wealth of highly interactive options, giving you a range of opportunities that could be applied to aid your own cause or hinder an opponent.

The game continues with each player choosing one action, refilling the communal program options to four as needed, until the deck of available program cards runs out. This signals the end of the game, with each player then totaling the score of their controlled areas; one point given for each grid square encompassed fully by their own borders. 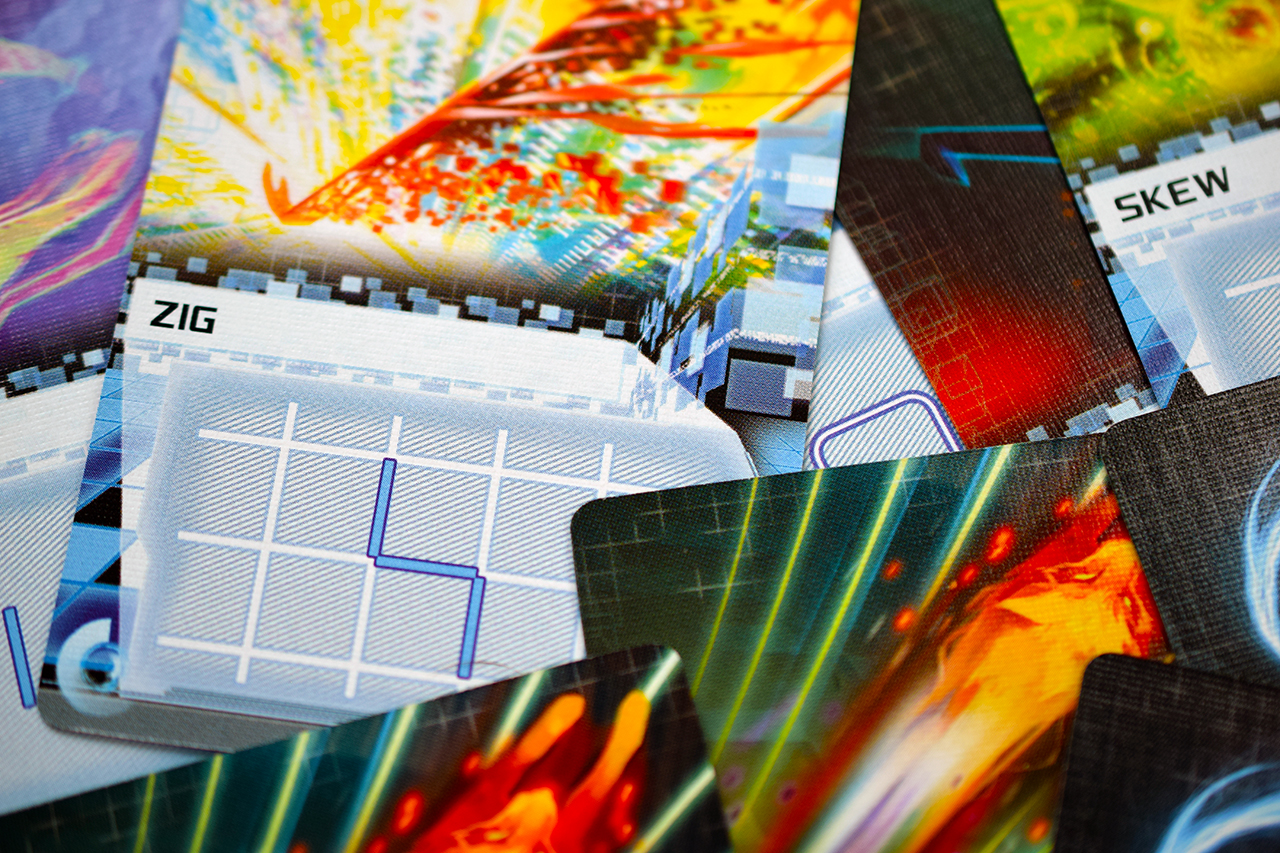 Android: Mainframe appears designed to supply a wholly abstract title veiled in a theme that Fantasy Flight Games just happened to own. It was a smart choice, as applying Star Wars or The Lord of the Rings would have been a far less believable stretch, but the game on first pass feels relatively disingenuous and offers nothing that truly places it in the Android world outside of the art assets.

This is partly due to the fact that the design is borrowed from and stays true to an originally completely abstract title. Most relatable to the pen-and-paper game “Dots” or “Boxes”, or whatever you and your Grandma may have called it, you’re simply trying to lay down lines to form geometric shapes. It is very simplistic, but does offer some strategy (when the board begins bare) that quickly narrows into tight tactical play as more and more borders fill the space.

What seems to break the typical expectations of an abstract game is the high interactivity and the use of randomized cards to dictate placement. These elements make any long-term play opaque, as on any given turn your control of certain areas can wildly shift, leaving all of your hard work in the hands of an opponent. This is compounded in a 3 or 4 player game, where multiple turns occur, pinballing your pieces around the board before you have a chance to reply. The beginning of the game can feel awkward, like walking on thin ice, as each player awaits the destruction of the unspoken “don’t touch my pieces” agreement. Once shattered, the advantage that the “take-that” style play provides to the aggressor almost requires retaliation to stay competitive and keep their point spread in check. This is most certainly interesting, as I was shocked by how quickly our games devolved into “screw your neighbor,” but it just doesn’t feel right. This is furthered by the fact that playing this way burns cards from the deck quickly without developing your own scoring opportunities, so you may be shocked to find that you and your friends accidentally spent half of the game or more bouncing each other around and laughing, instead of actually playing for the end game. 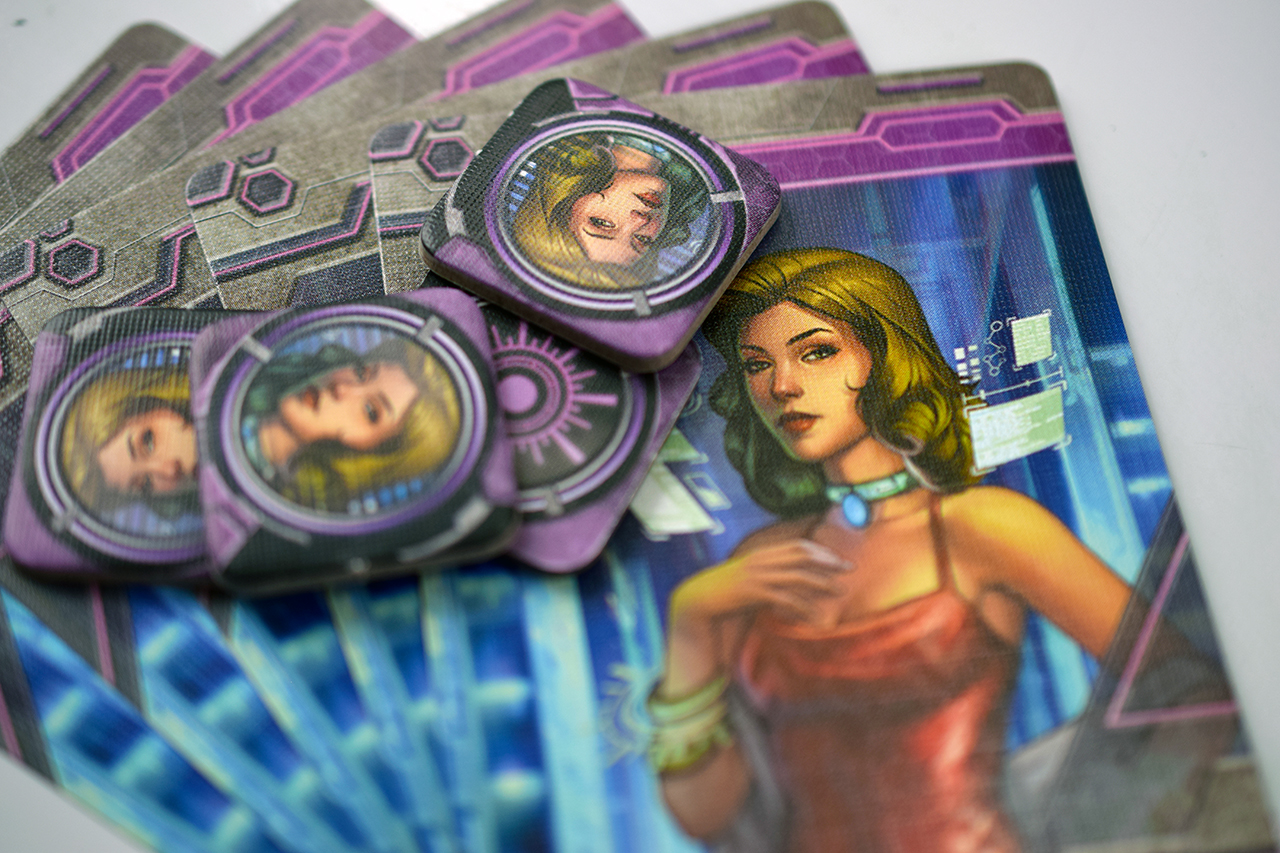 Again, many strategic decisions are also muddled by the random card draw, which can limit your options turn-to-turn and force the game in certain directions. It doesn’t permit true strategic planning because your next move is not guaranteed to exist on your next turn, so the chaos of the game runs deeper than just the player personalities at the table. The unique hand of Runner cards is a nice addition, in that it extends the variability of the game, but even as an Android super-fan, I didn’t find myself drawn toward a specific playstyle or Runner. They feel different, but stagnant, and offer minor variations on those options normally available. These powers can bail you out when you’re in a pinch, but they don’t push the design space much further.

Overall, I don’t dislike Android: Mainframe, but I’m not overwhelmed with its design or absorbed into its story. It’s a nice option to have a light abstract title that hosts up to 4 players, but it is a bit too wild for my tastes. While I could swing that as being thematic, because the life of a Runner is hectic and competitive, the theme and the style of play just don’t integrate well enough to draw me in. There’s a lack of cohesion and too much of randomness’ silent hand guiding the players forward to keep me coming back repeatedly. 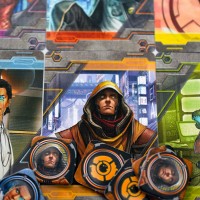 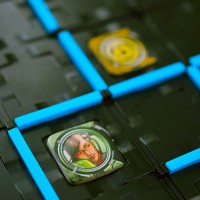 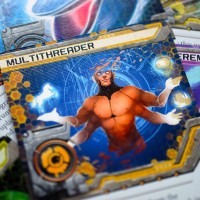 This is “the dot game” with little plastic lines that I often found difficult to align in their places. Opening and beginning to play Android: Mainframe was super exciting; Matt was totally jazzed about a new Android game because he loves the universe, and I was kind of excited because I already knew how to play “the dot game” so it seemed like an easy thing to try. The game is not hard, necessarily, but as Matt pointed out, sabotaging your opponents makes for a lot of hard decisions. I’ve lost whenever I played this game, and I’ve spent most of my time trapping my opponents in one-square control points to keep them from scoring larger ones. The problem with that strategy is that I forego scoring any of my own points and I’m left with two or three open and incomplete control points that ultimately amount to nothing in terms of my own score. When faced with the opportunity to screw over fellow players, though, it almost becomes a necessity to take that chance while you have it, knowing that it’s a distinct possibility that your marker might end up in some random corner and far from the borders you’ve spent several turns laying down.

I guess in some ways, this constant struggle could be marketed as the game’s true appeal: it’s a difficult decision to make and the repercussions can cause massive point swings. On the other hand, that dilemma is ultimately based on which program cards come out and that is something that none of the players really have control of, thus eliminating a big part of the tactical aspect of the game. I wonder how different this game would be if each runner had a deck of generic programs and a few distinct programs of their own instead of sharing a pool.

Android: Mainframe is both light and quick enough that I won’t say I outright dislike it, but when we’ve come across it at the same time as games like Onitama, and we have as many two-player strategy games as we do, it’s hard to imagine it moving very high on our to-play list.

First Impression: Most people may see an Android title and think “Oh, that’s that card game…” or “Isn’t that a long and heavy futuristic game”? Android: Mainframe is neither. It is a highly accessible game with a very easy and straightforward rule set that makes it easy to break the ICE for casual players. The gameplay itself feels very familiar, as it is essentially the “dots game” with special rules and limited abilities you can perform on your turn. The game is mostly abstract with the Android theme layered on, but I would not consider this a bad thing. Adding the touch of identities from the Android universe, each with their unique abilities and art, will have players feeling less “jacked out” from the experience. The game is highly geared toward a more casual player, so I am not sure how much longevity it has, but it is a game that I could introduce and play with my family while longing to play Netrunner and wishing I was stealing agendas from Matt.