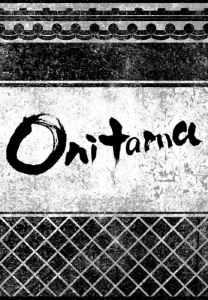 Last week, Arcane Wonders and Tom Vasel announced Onitama, a small two player game from designer Shimpei Sato, and the third game in the Dice Tower “Essentials” line. As a fan of abstract games, the simplicity of the rule set and components has me very interested in this one. From the Board Game Geek page:

Onitama is a two-player, perfect information abstract game with a random starting set-up. On a 5×5 board, both players start with five pawns on their side, with the main pawn in the middle.

No specific time frame for the release was given, but I expect we’d see this no earlier than Q4 of this year. 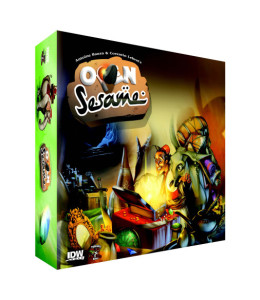 Ah, Antoine Bauza. I could probably just end this news story here, but that may or may not be helpful to those of you reading this for legitimate news. IDW Games has announced Open Sesame, a new press-your-luck and memorization card game for 3-5 players that plays in about 20 minutes. Did I also mention its designed by Antoine Bauza (swoon).

In Open Sesame, players take on the alternating roles of Ali Baba, treasure-hunter, and one of the 40 thieves who are guarding their precious Cave of Treasures.  When playing the role of Ali Baba, you will be working to steal as much as possible from the cave and flee while you can, lest you get too greedy and get trapped.  As a bandit from the notorious band of 40 thieves, your goal is to observe carefully what Ali Baba is stealing and recite exactly what he is attempting to escape the cave with.

Pre-orders for Open Sesame will begin on the upcoming April 10th, while the expected shipping date is June 15th of this year. The game is scheduled to be available in your FLGS later that month.

IDW Games has also announced their latest expansion for the popular casual game Machi Koro, entitled Millionaire’s Row.  This new expansion hopes to infuse more city building goodness into your game with 13 powerful new establishments to embellish your growing city.  The expansion requires the base game and is fully compatible with the Harbour expansion as well. When combined, that gives you over 30 establishment options to diversify your city building strategy.

The release date for the Millionaire’s Row expansion is June 30, 2015.

Is your hair big because you have so many secrets? 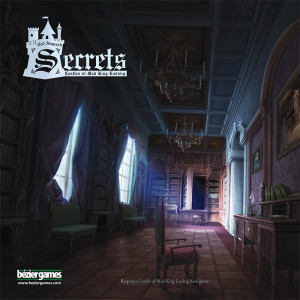 There are secrets everywhere apparently as Bezier Games announced the first expansion for their 2014 hit Castles of Mad King Ludwig, entitled -you guessed it- Secrets.  I have only played a brief demo of the original game at Origins last year and I found it enjoyable for the most part. The rest of my group, however found it to be a snoozefest so sadly I have not gotten to try a full game of it since (that’s what cons are for I guess). As described on the Bezier Games website:

What secrets are lurking in the shadows of King Ludwig’s castle? Dozens of hidden swans are scattered throughout thirty new rooms in Castles of Mad King Ludwig: Secrets. Ludwig is particularly fond of these swans, which can either provide much-needed cash at any time or be collected for big bonuses at the end of the game. Surrounding and protecting your castle are new moats, making every room inside it even more valuable. The King has come up with more favors, including one for creating courtyards. Finally, secret passages enhance connections and muffle sound from activity rooms.

Pre-orders for Castles of Mad King Ludwig: Secrets are available now on Bezier Games website with an anticipated delivery of October 2015. On the topic of pre-orders, Bezier also has a 2015 pre-order special featuring all of their releases for the coming year.  For $99, you can now order Castles of Mad King Ludwig – Secrets, Suburbia 5 Star, and Favor of the Pharaoh together in one package. Those taking advantage of this offer will also receive three additional sets of dice for Favor of the Pharaoh and 1 set of the Suburbia 5 Star Game Con Bonus tiles (featuring Kublacon, DiceTower Con, Gen Con, Essen Spiel, and BGG.con). Check it out here. Not a bad deal at all!
Until next time, stay classy and keep your games tight!