Five days ago, League members Dan, Smee, Ben and myself all piled into an SUV and trekked 7 hours to Columbus, Ohio for the 2014 Origins Game Fair. After many days demoing, open gaming, playtesting, socializing and stuffing our faces with good food and drink, we’re finally back and ready to re-cap. This will likely be one of many posts over the next few days that will stem directly from our time spent in the Greater Columbus Convention Center.

Rather than bore you with the hour-by-hour recap, I figured I’d hone in on the essentials: what we played. Specifically, I want to highlight just a few of the 30+ games that we had a chance to play throughout the weekend.

Let’s start with where my convention ended – with a demo of Xenoshyft Onslaught, a cooperative sci-fi themed deckbuilding game currently being funded on Kickstarter. I had been tracking the progress of this project for a week or so before Origins, telling myself that I’d wait to check my budget after the convention before putting my money on the line for this one. Well, after playing through three of nine rounds with one of the co-developers for the game and a few fellow convention goers, I decided to back. Before I left the demo table.

The combination of co-operative play, deck-building and fantastic sci-fi art/theme makes for an experience that really gels with what I’m looking for in a game. With over 400+ cards and a good variety of equipment/weapons to choose from, the base game looks like it will provide a good number of plays before losing its luster. With that being a primary concern for me with most deckbuilders, I was pleased to hear the plans for expansions. Though merely speculative, there was talk of taking the Xenoshyft universe to new worlds, presenting players with the potential for entire new species of alien to combat and new gear to face the horde with. Additionally, there are already a number of new options being provided as stretch goals for Kickstarter backers and it’s obvious that they have ideas waiting in the wings.

Most importantly, the CMON representative was clearly passionate about this game, which is always a factor for me when considering a purchase. Being able to see someone invested in the project be excited about what they’ve produced and also be very open to constructive feedback was a nice addition to an already positive experience. I’m pumped for this one and hope the full version can live up to expectations; I’m thinking it will.

After hearing a discussion about the game on Shut Up and Sit Down, my one goal for Origins 2014 became to play Two Rooms and a Boom, a Werewolf style social game where players with different hidden roles scheme and question each other in an attempt to decipher who’s who, and ultimately conduct a series of “hostage exchanges” between two different rooms (literally) to get the right people in the right places. More simply, the blue team is trying to save the president, the red team is trying to kill the president by getting the bomber and the president in the same room together. After three increasingly short rounds (3 minutes, then 2, then 1), everyone reveals their role and you see who wins.

The trick is how you get information from the other players. Depending on your role, you can either show just your team color, publicly show your whole role card, or do a secret swap with another player (then swap back). While the base game only has you looking shiftily at the opposing team, the advanced game adds in a whole host of different roles that mix things up. Maybe you’re a red spy, which means your card is actually blue – the only way for someone to know would be to do a secret card swap. Or maybe you’re on the grey team, which features roles that are only out for themselves, like the gambler – who only wins if he or she can guess correctly whether red or blue will win.

Of the different large-count social games, this is by far the best one I’ve played. The gang at TKG had cases full of 100+ role cards, meaning a full compliment of Two Rooms and a Boom is the only party game you’ll need in this lifetime. The only downside is that the game plays best with 8+ players on each team. I may not be the most popular guy around, but I still don’t know too many cool-cats that are getting 16+ player games nights together often enough to justify this one. If you happen to be that kind of gamer though, this is a must have. Also, can you invite me over some time?

Roll For It – Calliope Games 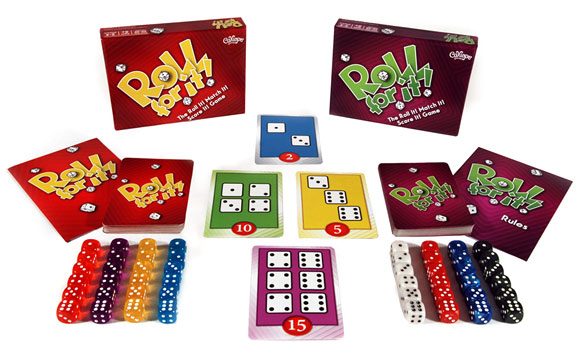 Ok, so this one isn’t on Kickstarter and isn’t a special sneak-peek deal. We just happened  to demo Roll For It after playing giant human Tsuro and kind of fell in love with it. For one, it’s dirt-cheap and, for two, it’s the perfect pub game. We confirmed this by playing it at several different pubs. This game is literally just rolling dice; I’d venture to say it’s barely a game, but it’s fully self-aware and that’s why we love it. It’s compact, cleanly produced, and doesn’t make any notions about being more than it is. Roll your dice, match the numbers to available patterns, and score points. Then, take a bite out of your giant burger, sip your hoppy craft beer, and wipe your hands off for your next roll. There are better filler games, but I don’t know of too many games that are as portable and playable anywhere as this one. We’re quite pleased.

John Gilmore, the designer of Dead of Winter, was very kind in having us to the table for a playthrough of what might be the most hyped game of the current moment – at least in my circles. Well, Ben and I confirm that the hype is well worth it.

Dead of Winter is a semi-cooperative survival game which has players fighting to survive a zombie apocalypse. Yes, the theme has been beat to death, but the excellent thing about Dead of Winter is that it largely moves the game above the theme. I love zombies, so it didn’t bother me a bit, but for those with concerns, Dead of Winter is much more focused on the interactions between the players at the table than it is the zombie hordes piling up at your doorstep. The use of individual goals and the potential for a traitor means that the needs of the camp as a whole often conflict with the needs of you individually, and you only win if both are accomplished. Mix that in with a backstabber and you find yourself spending much of your time questioning those around you, even when they’re helping, but especially when they’re doing things slightly fishy. 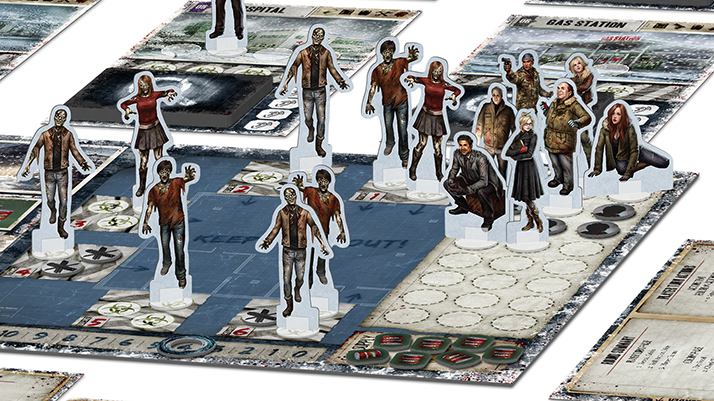 The Crossroads system is what makes this game complete, as it takes the meta elements and interjects heavy theme, giving context and a narrative to each of your choices. There is something terribly enjoyable about watching players hold tightly to their Crossroads card as the player to their left makes their moves. The frequent interjection of things like “Uh…Did you just move to the Police Station?” followed by the immediate break into the story text makes each turn highly engaging and collaborative.

I am so very glad that I had the opportunity to give this a play and absolutely cannot wait for pre-orders to come in. This will easily be hitting the table a number of times with whatever game groups I participate in.

So, there we go. A few game highlights from yours truly. I can’t say that these would necessarily be the same for Smee, Nad or Ben, but I can confidently stand by these games as a few of my best moments of gaming in those four short days at Origins Game Fair.