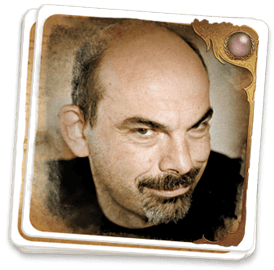 We are back with another episode packed full of gaming goodness! We kick off the show as usual by chatting about what we’ve been playing lately. Tiff  takes a few laps around Formula D, Dan finally rubs up against the columns of Trajan, and Matt talks about games he’s actually played more than once.  In Top of the Stack, we lament on the games we haven’t played enough and those that sit a top our want-to-play list. We then close out the show by waxing poetic about designer Bruno Cathala (Five Tribes, Shadows Over Camelot, Abyss, Mr Jack, etc) in our new Luminary Series segment and discuss why we enjoy his games.

In case you missed it, we’re trying out a new format for the show. Our flagship podcast will still remain bi-weekly; however, we are going to be bringing you a new show titled “Boardcast News.” This show will be published to our feed bi-weekly on the weeks in between the flagship show. We’re hoping this brings you more timely news and kickstarter projects while allowing us to include all the great new segment ideas we have for the flagship show. We appreciate all feedback – positive or negative – so let us know what you think!

As always, we appreciate you taking the time to listen in, and hope you enjoy the show! Your support is always welcomed in the form of iTunes reviews, hearts on BoardGameLinks.com, and suggestions for our BGG Guild!