With Gen Con right around the corner, everyone and their mother wants to tell you what they are most looking forward to at the convention and why you should check it out. We caved and decided to do the same.

For this blog, I have brought along the newest member of the League, the one and only Tiffany Bahnsen (The Socially Inept Gamer)…who is actually quite socially capable). We are extremely excited to have Tiffany join our wee little site as a contributing reviewer, blogger and anything else she feels like doing. We’ll have her post a proper introduction (and get her an avatar) in the coming weeks but for those of you who aren’t familiar with her work, check out her personal blog at www.sociallyineptgamer.com

We have compiled a list of our Top 10 Buy or Try at Gen Con 2014. For those of you who have made your own list, you can sympathize with how difficult this was to narrow down. The BoardGameGeek Gen Con Preview is over 10 pages (260+ games) long, so gamers are sure to have their schedules full and their wallets empty come Sunday. Without further ado, ladies first…. 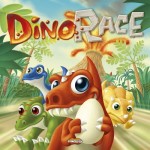 I know this is more of a kids’ game, but the Land Before Time-esque baby dinosaurs racing from an erupting volcano grabbed me!  From the little information I could find, it seems light and chaotic with players passing a cumbersome egg back and forth as they run.  The figures are adorable and I like that each player controls two dinos in the race.

9. Night of the Grand Octopus 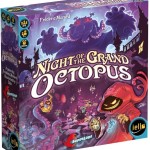 Okay, last kids’ game on the list!  I really couldn’t resist  the idea of a light, cute Cthulhu game.   My hope is that it will make for a fun filler with the simultaneous action selection and bluffing! 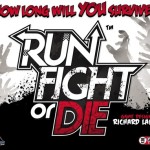 This is one of many Kickstarter projects releasing just in time for GenCon.  Launius plus dice rolling and variable player powers means it was an insta-back for me!  In fact, it’s sitting on my game table right now, but I’m still stopping by the 8th Summit booth in hopes of playing it with the man himself!  And for the record, I’m still not sick of zombie games. 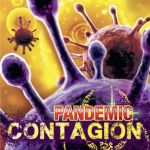 The original Pandemic was the game that launched me head first into this hobby, so I’ll probably be nostalgically buying everything Z-Man comes out with under this IP. I’m sure that’s what they’re hoping for too!  It will definitely be interesting, turning things around to an play as a virus trying to wipe out cities. 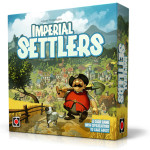 I was super happy to see Portal Games allowing preorders with GenCon pick up on this one, because I’m sure it will be sold out by time I arrive on Friday.  There has been much buzz and judging by Ignacy Trzewiczek’s previous offerings it’s probably warranted!  51st State is an interesting game, but I could never get into that Neuroshima Hex world.  I’m hoping the tweaks and retheming will make it everything I want it to be. 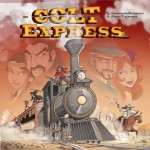 This is one of the few games that I MUST demo.  Planning an Old West train robbery is a theme I can really get into!  I love programmed movement games, plus the 3D train component is an eye-catcher.  I can’t wait to try hopping from car to car, running on the roofs, thwarting the other bandits, and robbing as many passengers as I can manage! 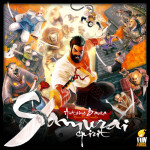 At this point, I’m willing to try anything Bauza puts out, but this one has me super stoked.  It’s a co-op.  Recently, I haven’t been digging co-ops as much as I did in the past, but I like balancing tough choices and this one seems to have that in spades!  I’ve read that this game may be as difficult as Ghost Stories, but a little quicker and easier to teach.  It sounds like just thing to reignite my co-op love! 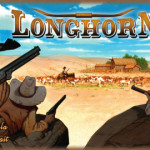 It’s turning out to be a good year for Old West themed games and I’m glad to see Bruno Cathala is releasing a new one featuring the amazing artwork of Vincent Dutrait!  This one looks to be a super quick, simple two player game where each player is maneuvering around a grid, trying to steal cattle and get their opponent arrested by the sheriff.  I like that the cattle meeples score differently depending on how many are left on the board at game end, it should make for some neat strategy and variety from game to game. 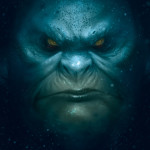 It’s safe to say I’m a huge Cathala fan and this one has some serious wow factor with the art.  I really like that they used an underwater fantasy theme. It’s unique. Beyond that, I’ve had a look at the rules and the exploration mechanism seems like an exciting way to score points, gather the two currencies, and distribute cards.  Having to buy cards from your opponents is bound to create some interesting decisions! 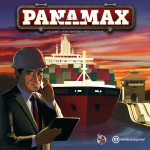 I hardly get to play the heavy Euros I currently own, but this is one from Stronghold Games looks irresistible!  More games need to use contemporary history like this!  The ships are historically accurate and it’s pretty cool that they time the release with the 100th anniversary of the Panama Canal.  The game looks like interesting mixture of mechanisms: pick up and deliver with dice used for action selection and a movement system that forces players to help push their opponents’ ships forward in order to advance their own.  All this, and it looks great too!