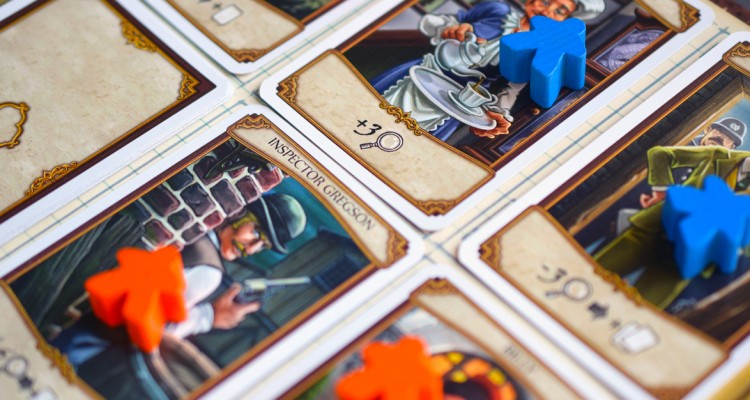 London, England – It is the year 1895, and a bomb has exploded in the Houses of Parliament. A young anarchist has been accused and blamed for this heinous act. The crown has hired Mycroft Holmes, the older brother of the famous Sherlock Holmes, to prosecute their case. Sherlock, hired by the young man’s parents, is out to prove his innocence. Between the two, a duel quickly develops, pitting brother vs. brother in a contest involving the greatest deductive minds of the era. The case, and the fate of one young man hangs in the balance; only the player who holds the most clues can determine the outcome.

Holmes: Sherlock and Mycroft, from Devir Games and designer Diego Ibañez, is a worker-placement and set collection game for two players, where you are competing to discover the most clues and win the case for your respective clients. Given but seven days to build their case, players must investigate and follow leads wisely in order to make sense of the mystery. To progress the game, a new character emerges at the start of each day and offers information for the detectives. Using these character cards as action spaces, players can gain investigation markers (used as currency), maps and clues, or may even be able prove their rival wrong and steal a card or two from them. When the week ends, the player with the most points in collected clues will have proven their case. 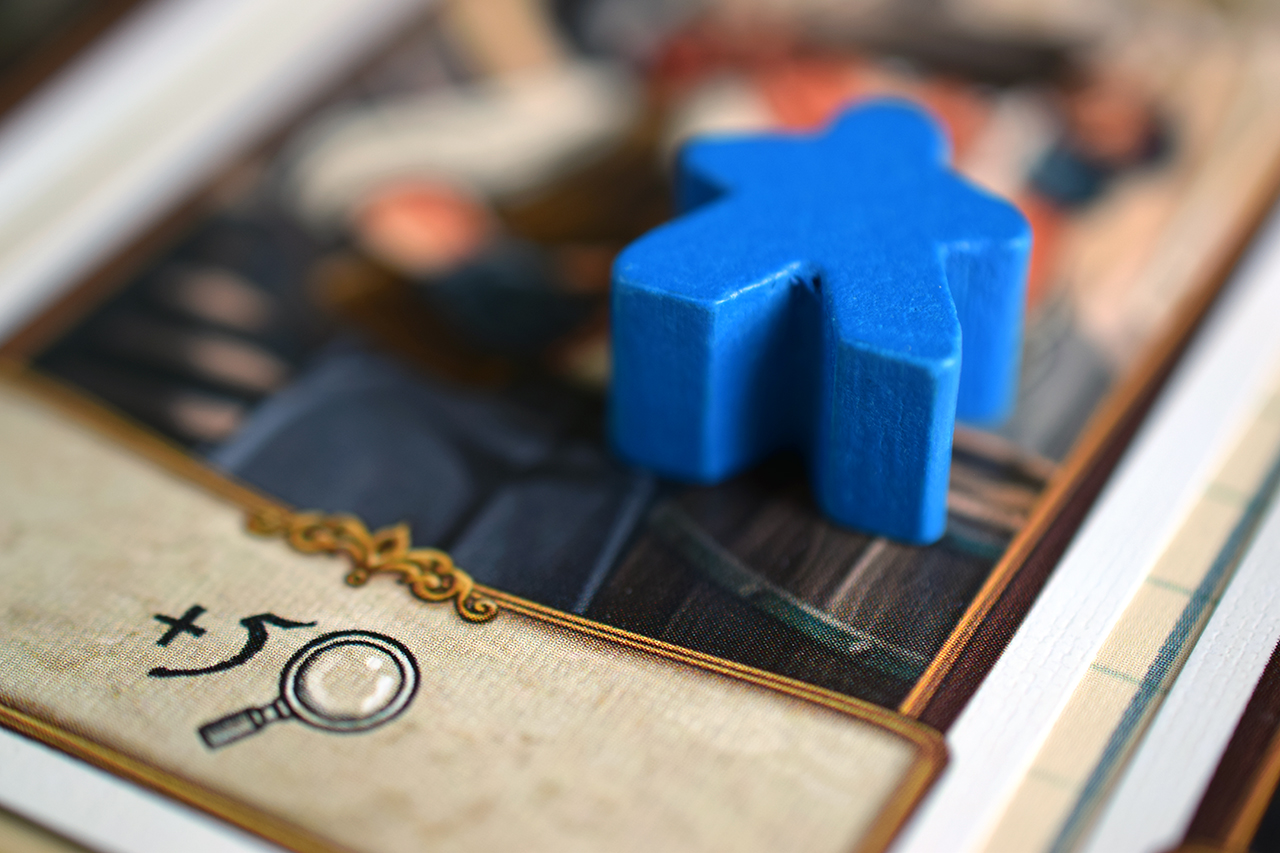 “My brother has the brain of a scientist or a philosopher, yet he elects to be a detective”

The components and artwork in the game are above just ‘elementary’ in status, and a lovely bit of this detail is immediately apparent even when just opening the box; the game board, when folded, looks like an old-fashioned notebook. Opening it, you can see the sections that will be filled by character sketches and other information as the days progress. The character illustrations are fantastic and the actions they offer are thematic to the story. The investigation markers, shaped like tiny magnifying glasses, are nice and chunky, but your playing pieces are just generic meeples. While the game does not come with any extra bags for storage, the insert is useful in keeping everything in place.

Setup is a breeze. To form what starting clues are available for the detectives, shuffle and deal out four clue cards in a line. After giving five investigation markers to each player, shuffle the character cards, randomly remove one and place the remaining characters into a face-down deck; these will become your informants and action spaces throughout the week. To begin, two characters are added to the board, joining the always-available Dr. Watson, Mrs. Hudson and Inspector Lestrade. While there is a variant that allows for player powers, the choice between the Holmes’ brothers should be for thematic purposes during your first game or two.

“You Know My Methods, Watson”

Holmes’ central game mechanic is one of worker placement and set collection. On your turn, you will select one of the characters to investigate, marking it with one of your meeples and taking the action the card offers. If at any time there is a meeple from both players on a character space, the card is flipped over and will become unavailable for the next round. This signifies that the character has given all of the information that he can for the moment. Some characters will yield more investigation markers, while others will allow you to then spend those markers to discover clues from the visible row or from off the top of the deck. Whenever a face-up clue card is collected, it is placed in front of you, while cards gained from a blind draw off of the deck are kept secret until the end of the game. Face down cards are not only hidden information from your opponent, but also protected from being stolen. 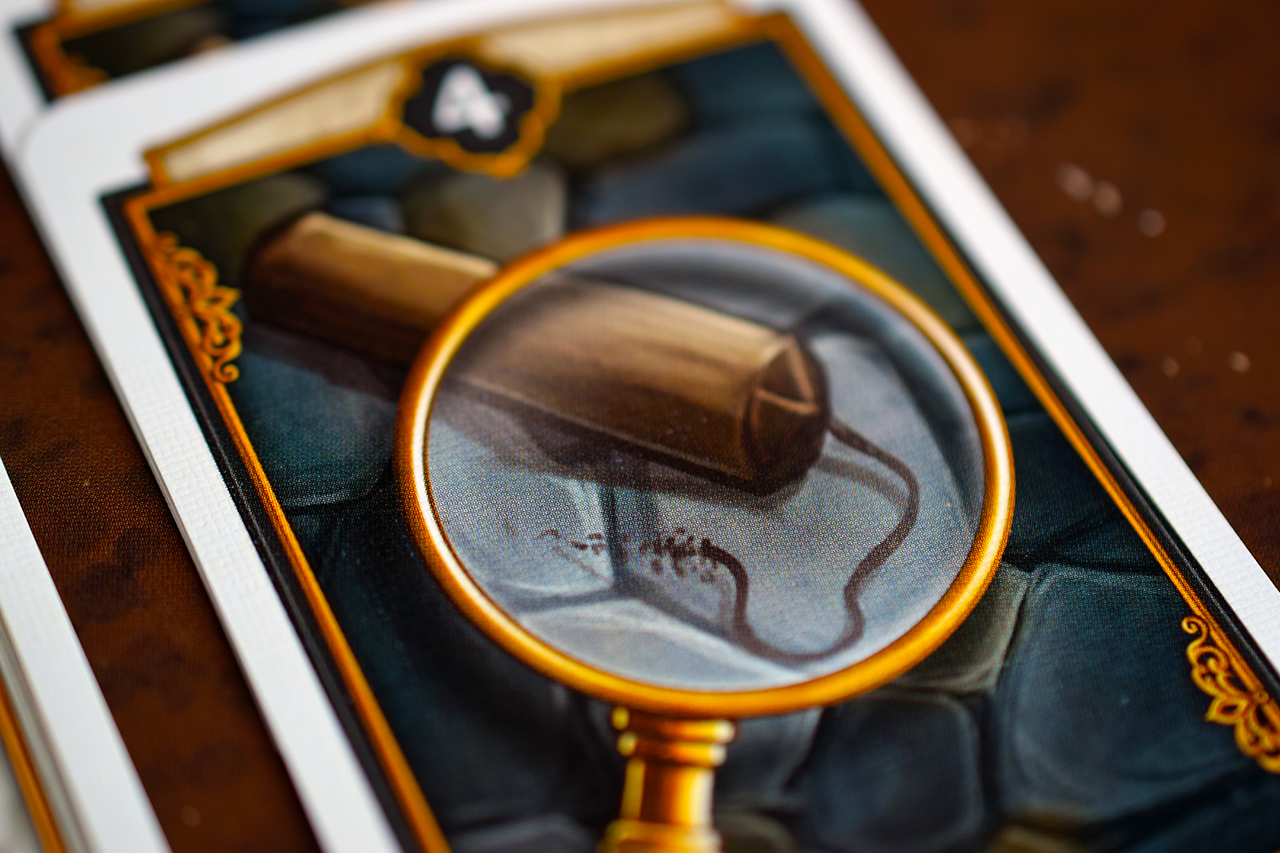 After seven full rounds are completed, players then reveal their hidden cards and add them to their clue tableau. All in all, there are 7 different types of clues, running the gamut of value from 3 to 9, as well as wild cards and map fragments. Players must then compare their collections and determine the majority from each category for points. If you have collected the most nines, you would score nine points for that category, but you would then need to subtract 1 point from your total for each nine that your opponent has. If you are lucky enough to collect all clues of a single type then you will score a bonus three points. It is easy to tell how well you are doing in this aspect because the deck contains the same amount of cards as their numbers. (i.e. three 3’s, four 4’s, five 5’s etc.) Map fragments are not based on majority, but simply on how many that you have managed to collect during your investigation. A single wild card may be used to help you win majorities for each set you have collected but you have to be conscious of how many you are accumulating. Any extra wild cards in your possession at the end of the game will subtract 3 points from your score. The detective with the most total points is the winner.

Any game that brandishes the Holmes title could cause one to expect a deep game full of mystery and deduction; this game, unfortunately for some, is far from that assumption. Holmes, however, focuses more on the brothers’ head-to-head battle of the minds in a more abstract way. Although there may be some deduction required as evidenced by the hidden clues that you and your opponent only reveal at the end of the case, the rest of the game is a very straight-forward style of worker-placement. While there can be much satisfaction to be had flipping those hidden clues over at the end of the game to reveal that you now hold the majority of the “9’s”, mostly you will find that your are playing a game of cat and mouse between each other. Happily, the revolving availability of the character cards as they are investigated and replaced provides some break to the monotony, and forces you to change your strategy as the turns pass. 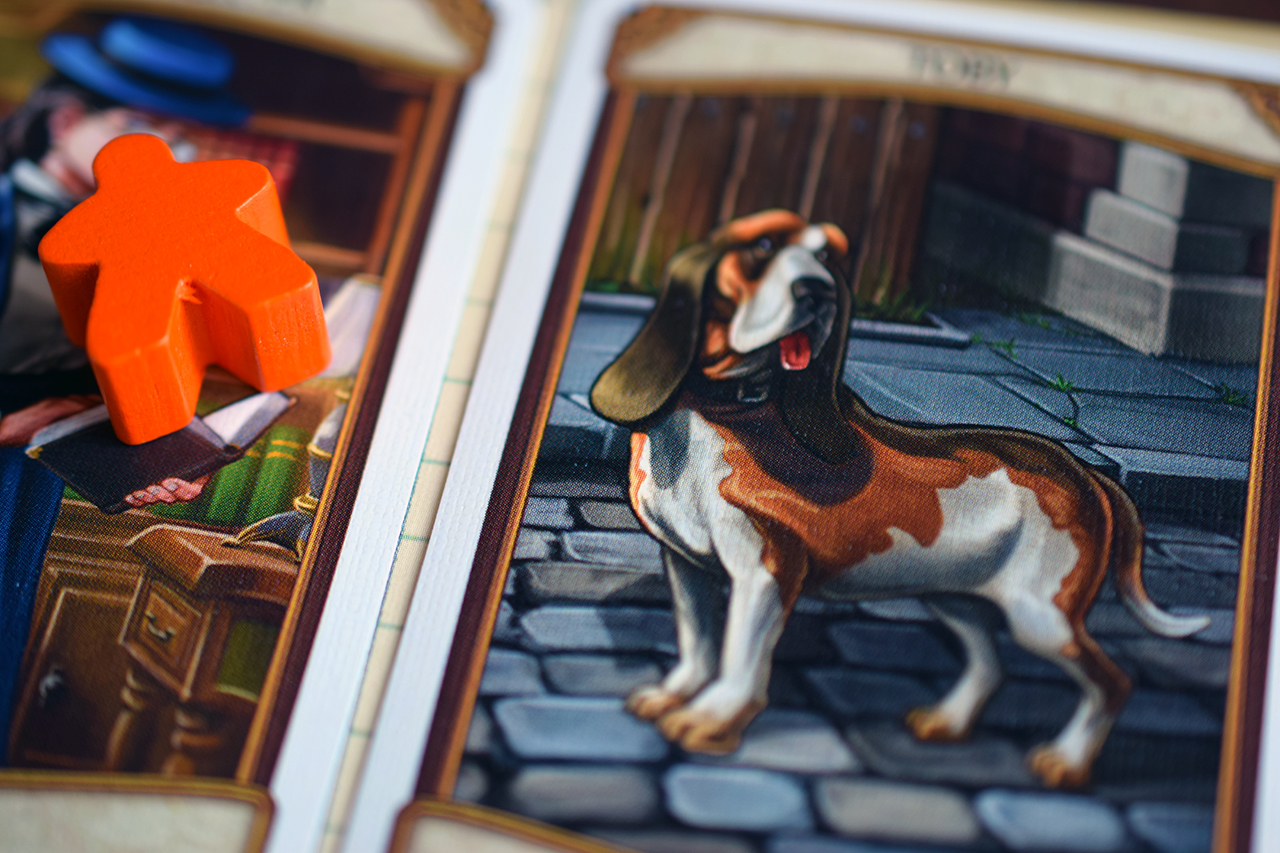 The style of worker placement present in the game works, but can feel at times feel like a wasted turn as there may be no real options that fit your current strategy. Not all of the characters are useful at all times, and with the random draw and order in which they make their appearance, this can end up slightly frustrating. The mechanic of an action becoming unavailable during the next round if both players take it is interesting, but you may not find that happening very often during the game. In the end, there are no unworkable pieces, but it doesn’t really hit the full feeling of either a full-on worker-placement or Sherlock Holmes game.

For myself, every play so far has been a lot of fun; I really enjoy the marriage of theme, artwork and mechanics. The rulebook offers some great additional rules and variants to keep things fresh and also to up the difficulty level. I am honestly still having enough fun with just the base rules that I have not felt the need to add these extras in each play. I do, however, like the alternating player powers variant which allows players to reserve cards so your opponents can’t get to them before you. I very much enjoy this game and I would place Holmes: Sherlock and Mycroft on my shelf right next to other great two player titles, such as Trambahn and Targi. 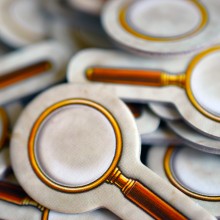 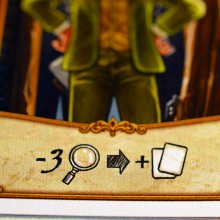 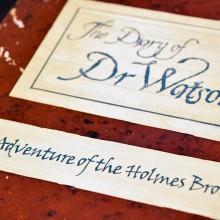 Check out the podcast for more discussion about Holmes: Sherlock & Mycroft

Holmes: Sherlock & Mycroft does commit the sin of “pasted on theme” here, with the true game being more set collection than deduction and intrigue. Still, the use of the theme is loyal to the source material, giving a cast of notable names and related abilities that would make any Holmes fan content. Fortunately, while some may come for the name on the box, the real staying power for Holmes is in the gameplay. Nothing groundbreaking is presented here, but that doesn’t devalue the title in any way. What Holmes offers is a brisk 20 minute back-and-forth that requires focus and consideration, but not the unmatched savvy of its titular characters. As Steve mentioned above, it is a small-box game that stands alongside other lighter fare like Trambahn. It is quick and clever, with a nice balance between moderate player interaction and the need to sequence your own moves properly, so as not to block yourself. The addition of two variants is welcome, though the base game proves to stand on its own. And while it is simple, the variability of characters, both in ability and order of reveal, really extends the life of the game. It forces you to forge new paths to the same end goal and has you experimenting with different play styles, sometimes out of necessity rather than choice.

It’s not a “big game in a little box” or the truest Holmes game on the shelves of your FLGS, but Holmes: Sherlock & Mycroft is a small game in the right sized box, with the right sized price. Going into the game knowing what it is meant to offer, I think it’s an easy addition to any two-player gaming collection.

Holmes: Sherlock & Mycroft feels a little like Lost Cities and Trambahn for me. I have found it a little more difficult to master what I want to do than I do in Lost Cities but I do enjoy the various action choices that Holmes provides. The placement of your action tokens and the exhausting of character abilities adds another level of decision-making to your set collection that requires you to plan ahead, at least a little bit, to try to maximize your card collection. There is also a balance to be struck between grabbing cards to try to beat out your opponent for a set or to at least take points from them. You also have to optimize the number of sets you try to collect. Considering how simple the rules for the game are, it can be rather complex. It’s not necessarily my favorite two-player game, but considering how many two-player games I get into, it’s still a pretty great one and one I recommend for anyone looking to delve a little deeper into two-player set collecting.