An interview with the Indie Game Alliance

We recently had the pleasure of speaking with Matt Holden, Executive Director of the Indie Game Alliance, a newly formed collective of independent game studios that aims to venture on this challenging indie game design quest together. I won’t say any more as to not steal Matt’s thunder so without further ado let’s get to the interview.

Let’s start out with the hook. Give me your best elevator pitch for the Indie Game Alliance (IGA) in 50 words or less.

The IGA is a guild-like collective of tabletop game studios that work together with our nationwide network of volunteers to improve, raise awareness of, and market their games. We handle the hard stuff so the studios have more time and resources to make great games. 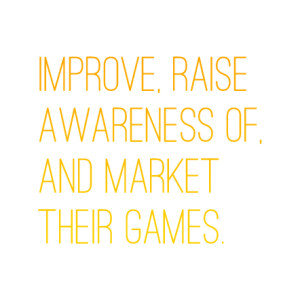 Tell us a little bit about yourself. How would you describe your role in the hobby before the IGA came to be? What was the inspiration behind the IGA?

As for me, I come from dual backgrounds in marketing/public relations and software development, but that’s my day job. I earned my Game Design and Development degree from Full Sail University in 2004, with an eye on designing video games, and sadly, real life has gotten in the way. The tabletop passion began at Full Sail and has only grown since. The rest  of my core team includes analytic experts fresh from Nielsen Media, marketing gurus with international business credentials, software developers, freelance writers, game designers and graphics designers, and most importantly, gamers.

After volunteering for a larger studio and running demos, I saw places where things could be done better, and I realized that smaller studios don’t have the resources to put a program like that together. However, a group of studios can meet that challenge together with an organized, cooperative effort, and the IGA seeks to provide the glue to make that work.

Gaining exposure in our ever-growing hobby can often times be difficult for smaller independent studios. You mention a key goal of the IGA is to bring publishers together for collective exposure in the gaming community. What are some of the key benefits the IGA offers its member publishers and how does an interested publisher go about joining the IGA?

The biggest thing the Alliance provides is access to our network of volunteers, who we call Minions. These volunteers will perform demos at stores and conventions and serve as ambassadors at their local FLGS. They earn reward points for their time that they can then redeem in our reward store for other games and accessories from our member studios, increasing their repertoire of games they can show and teach.  Our Minions will also be very active in running organized play events for games that lend themselves well to it. Starting next year, we’re hoping to partner with several of our member studios to launch combined booths at major conventions like Gen Con and Origins, similar to what the PAX Indie Megabooth does for video games.

Additionally, the Alliance provides several marketing support and consulting features, including press release authoring, review copy distribution, Kickstarter consulting, playtesting, and quite a bit more. We provide a private forum for our developers to collaborate on upcoming game designs and offer guidance and feedback, which only builds on the tight-knit community of designers.

The best part of all of this, for the studios, is the price. We offer about half of our services, including access to the Minion network, absolutely free. We take studios of all sizes, from established publishers with dozens of titles to a hobbyist launching an initial Kickstarter campaign. We fully expect half or more of our member studios to never pay a dime to the Alliance. We do this as a labor of love, and we have a pipe dream that one day it just might break even for us! To join, interested designers can fill out a very simple Web form at http://www.indiegamealliance.com/studios, or email our Studio Outreach Team.

I notice that your current membership has some established well known indie publishers as well as some hidden gems that others may not have heard of yet. How would you describe the community within the IGA members? Is there an open exchange of information and resources? Considering the narrow market and the well-established publishers, in what way does the IGA promote collaboration over competition amongst its members?

Fortunately, we haven’t had to work terribly hard at that. Any foray onto Twitter during #BoardGameHour on Mondays shows that studios big and small are genuinely happy to lend each other help, support and advice. One of our Minions recently joked that half the money that funds board gaming Kickstarters has just been cycling from one studio to the next

since 2011, and it would all come back to its original donors eventually.

One of the great things about games is that there’s really no sense of competition. When you make a big investment in something like a computer or a car, you’re generally out of the market for a while. Gamers have shelves teeming with great games from dozens of publishers. If you make a great game, gamers will buy it, even if they already spent all their extra money on other people’s games last paycheck.

As we mentioned, we offer a developer’s lounge where designers are encouraged to share ideas, ask for feedback, and hear riveting horror stories from not just Alliance staff, but from each other. We’re lucky in that the designers who have joined thus far, whether big or small, all understand that everybody starts small, and in most cases, that was recent enough for the big guys that they remember how much they could have benefited from the kind of environment we’re fostering now.

Finally, our studios know that the bigger the Alliance gets, the stronger it gets. We’re working on some really exciting opportunities for the studios to directly collaborate with each other, which will only further strengthen the bonds of cooperation and friendship between them. (There may also be a get-together for beers going on at a convention. Shhh.)

Community outreach is another key factor to what you are trying to accomplish with the IGA. Could you describe your Minion program and the process/requirements that someone who is interested would take to join the program?

The Minion program is very simple, and very fun. Tabletop games are social activities, and there’s no better way to introduce a new game to someone than to sit down and play it with them! Our Minions, who are tabletop fans who are already likely to spend a Saturday night at their FLGS or a weekend at their local game convention, are asked to do pretty much that. They’ll bring our members’ games to a store or a con, sit down and offer to teach the games to anyone stopping by. They’ll also work with store owners to ensure they’re up to date on what’s new and exciting and that all of their needs are being met so that there’s a frictionless flow of great games into the hands of their customers.

Our Minions then fill out a quick form on our site (and we’re working on mobile apps for iOS and Android so they can do it as the demo goes on) giving us some general feedback on the event, what the players thought, and some very basic demographic information. We provide that information, along with some proprietary analytics tools, to our studios so they can see in real-time how their games are being received. Our system automatically awards reward credits to the Minion as soon as that report is filed, and the Minion is then free to choose anything he or she desires from our reward store as soon as they amass enough credits. (Unless they do that in the next 45 days or so, in which case, they’ll get an “Under Construction” sign!)

Our requirements to join are pretty simple. You need to have at least one of our member games (and we’ll often help out there if needed) and be a good communicator. The biggest criteria, honestly, is passion. We’re looking for people who love tabletop games as much as we do! The old adage is, “I love this so much that I’d do it for free!” Well, that’s pretty much what they’re doing, so love is pretty important. As with studios, all you need to do to join is fill out a form on http://www.indiegamealliance.com/minions.

As media/reviewers, what can we do?  How can we become involved with the IGA in a way that can best serve the gaming community at large?

The biggest thing reviewers and media can do, for the Alliance and for the studios it represents, is the thing you do best. Tell everybody about us. Mentioning the things that the Alliance can do for studios, whether on social media, podcasts, written reviews, or anything else, is a huge help. If you have a carrier pigeon or a skywriting plane, we’ll take that too. We’re really not picky.

As for studios, they desperately need reviews done of games and honest feedback about them. Buzz and constructive criticism are almost more important to fledgling studios than money. Speaking of money, though, the more the boardgaming community on social media can serve as an echo chamber when one of our games is up on Kickstarter or another crowdfunding service, the better chance they have to fund and deliver great games to you.

The other side of that is that your audience is pretty much entirely composed of passionate, knowledgeable gamers, who are the ones we need to reach most for two reasons: to get them excited about our publishers’ games, and to recruit them to join the brotherhood of Minions. Tell them about the program, retweet their pictures of great times being had at their demos, and provide them with a warm welcome and a good crowd when they’re running an event in your town. Maybe feed them. 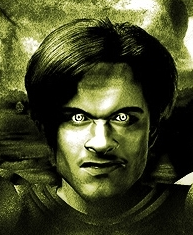 And finally, why is that strange man on your website staring at me so intently?

Let’s be completely honest: after ten hours of gaming and five Red Bulls, you’d look like that too.

The League of Nonsensical Gamers would like to sincerely thank Matt for taking the time to speak with us about the Indie Game Alliance and the great service they are aiming to provide independent game designers and publishers in our amazing hobby.