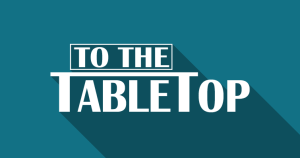 Yes, it’s a little late, but a foot of snow on your doorstep will do that to you! Take a look at what came out last week (and maybe pick up a late Valentine’s Day gift for someone)!

In Madeira, two to four players will be competing to develop the island and gain prestige for the Portuguese crown. Incorporating both “Euro” and “American” elements, the game seems to foster a balance between strategic decision-making and luck mitigation.

Corto is a relatively famous French comic book hero known for his various adventures. Corto, the game, is a card game based around those same adventures. Players will be managing their hand of cards and the board placement of those cards in an attempt to complete different quests. Though it’s been out for a bit, Corto is finally more readily available for purchase on this side of the pond.

In Origin, players will be tracing the expansion of mankind from the heart of Africa into the outlying lands. This area-control and set-collection game boasts some fantastic looking wooden components and is being marketed as a fast and easy family game.

In this mini-expansion to Munchkin Apocalypse, players will be able to increase the Doomsday panic with 15 new cards featuring the original 1962 art of the Mars Attacks trading cards.

Incredibrawl comes from a successful Kickstarter campaign and is now available for purchase in the general public. This is a rock-paper-scissor style game in which players will use their decks of randomly combined creatures and characters (Dragons and Vikings and Ninjas, oh my!) to fight it out with their competitors. This quick and easy card game features straight forward mechanics and some nice cartoon art.