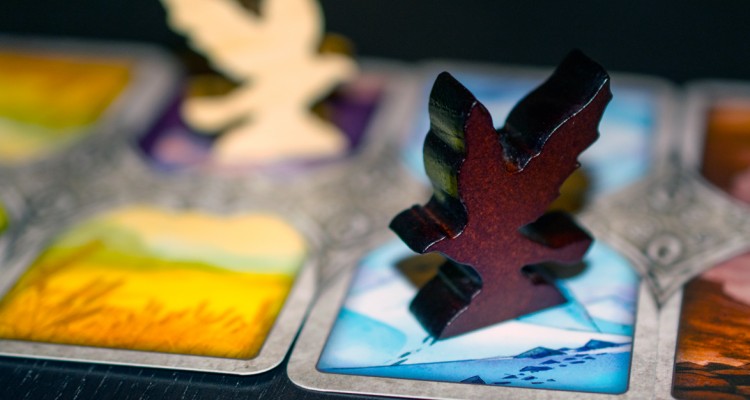 No Comments
6634 Views
Game Reviews, Review, Spotlight
Matt H. (Buns)
Designer: Thorsten Gimmler | Artist: Johan Egerkrans | Publisher: Osprey Games, 2016
Players: 2 | Playing time: 30 mins
We wanted to come up with an epic intro for this review but we decided you should just listen to Daft Punks “Around the World” while you read.

Odin’s Ravens, by Thorsten Gimmler, is a two-player racing game that takes a step away from the epic and tragic struggles of the greek pantheon and focuses in on two very trusted, and very bored, birds. Players embody Huginn or Muninn, the Allfather Odin’s avian companions, who are tasked each day to travel the Earth and report back on current events. Roughly three days into their menial job, a competition arose and the two ravens began to race across the land each day to determine who was best. Players pick up in the morning of one of those days – just two birds, a vast landscape full of frozen tundra, lush forests, and Lion King-esque rock formations, and a few of Loki’s best tricks tucked under their wings. 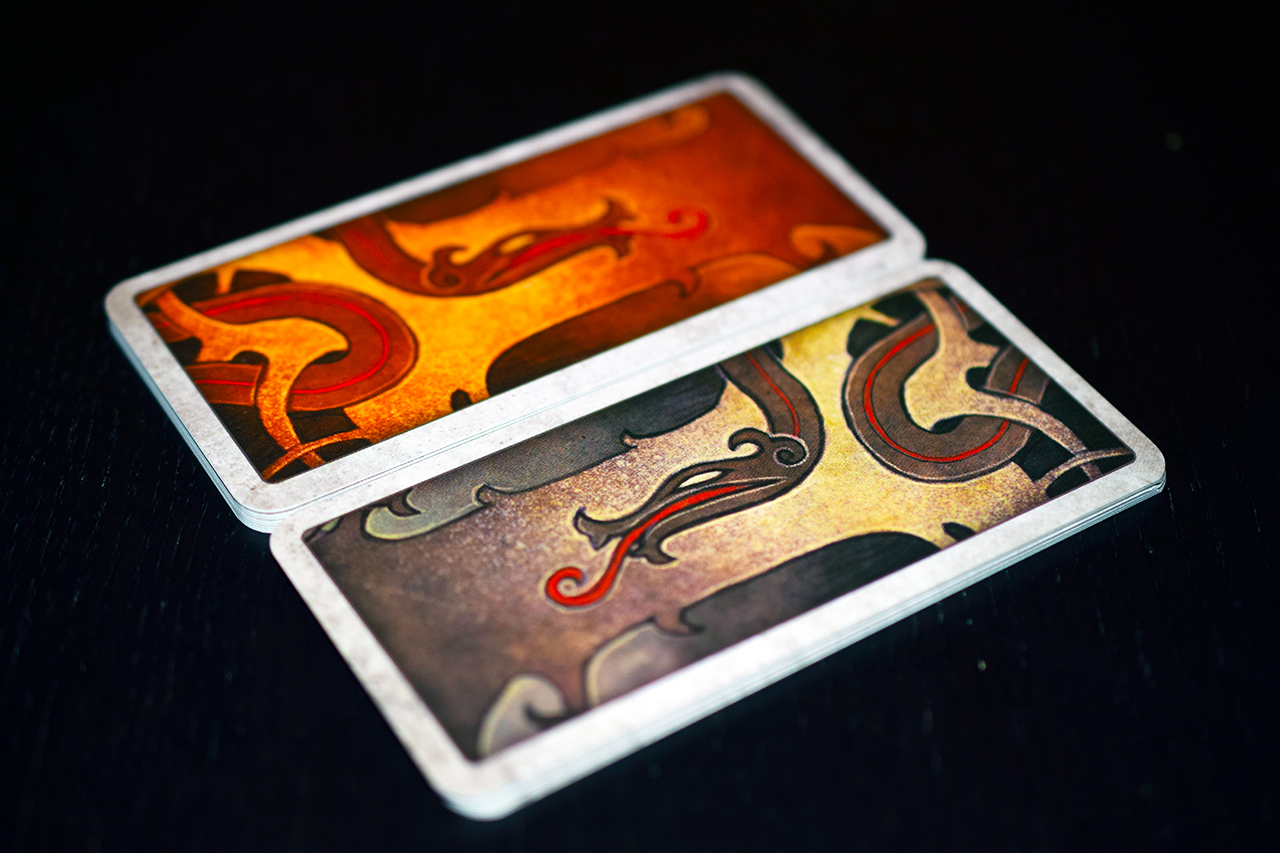 Gameplay in Odin’s Ravens is fast-paced and tactical. Players begin at opposite ends of a U-shaped track, made of 30 spaces randomly chosen from five possible terrain types.

The goal of the game is to be the first to the finish line, which happens to be your opponent’s starting line. Starting with a hand of five cards drawn from a personal deck of terrain cards, you may play as many as you’d like, then end your turn by drawing three cards. Each card played allows you to move forward if the space directly in front of you matches the terrain in question. You may move multiple spaces with one card if several of the same terrain type fall in a row.

If you can’t seem to draw a match, two cards of the same terrain type may be used as a wild, allowing you to move forward. The other option to assist with movement are the Loki cards – two copies of four cards that make up a separate draw deck. These cards are each single-use, but offer special powers that allow you to manipulate the racetrack, making your flight easier or your opponent’s more challenging. 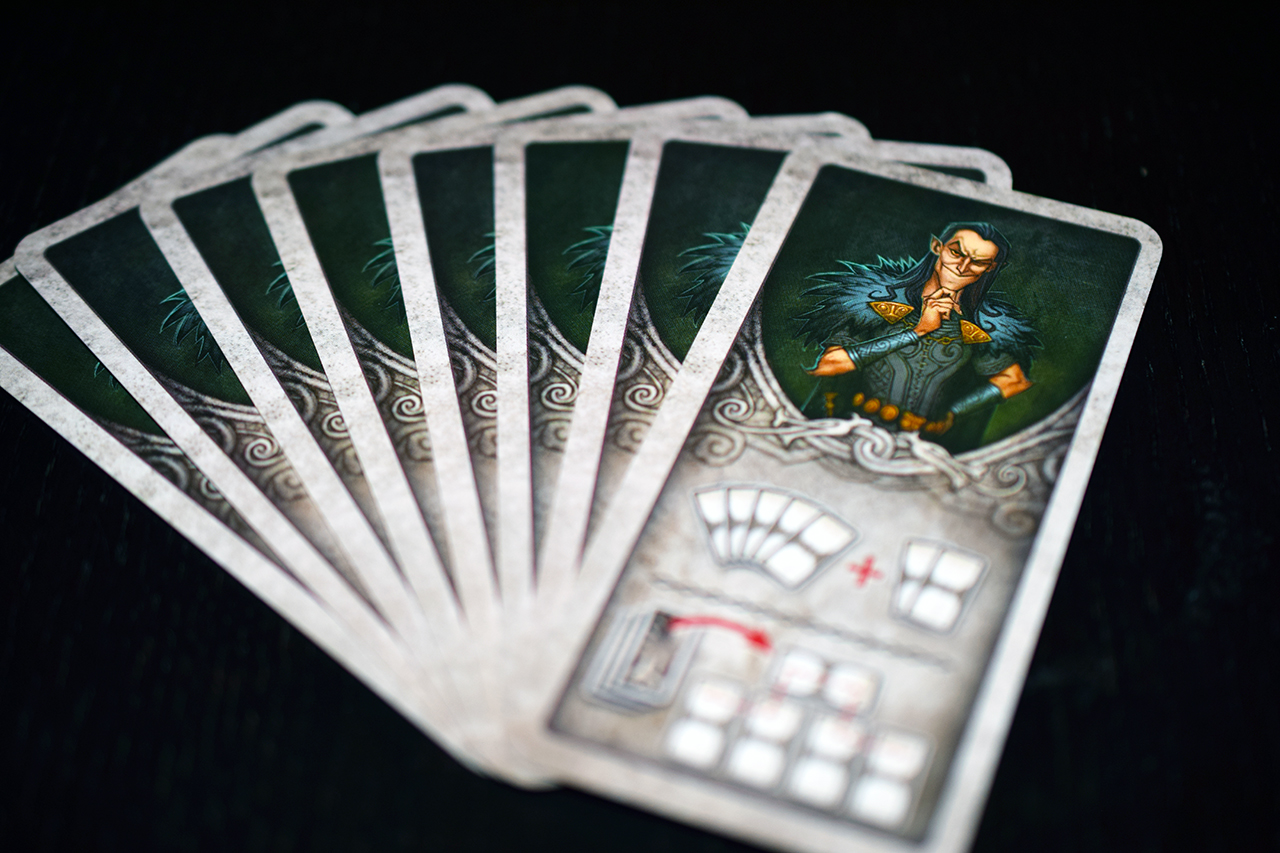 Around the World in 20 Minutes

Odin’s Ravens falls squarely into the “filler” category, taking a brief minute to explain and only a few more than that to fully play. While gameplay largely boils down to whether or not you have drawn the right cards, there are a few important decision points that help to elevate the experience beyond the card flip.

The ability to use two matching cards as a wild helps to open your options and get you past a particular terrain space to set up a larger movement combination, but it is important to evaluate the rest of your path before burning two cards of a specific terrain. Your 25-card deck only contains five of each card, so tossing 40% of one terrain type to keep moving isn’t always better than simply ending early and drawing. The Loki cards present a similar choice point, as each card has two possible uses but you’ll only ever be able to pick one. Calculating when to use your precious turn-end card draws on Loki cards, and when to strike with their disruptive tricks, adds a needed layer of consideration and guesswork that keeps you and your opponent thinking on the wing.

Even with the card draw randomness, the game has a demonstrated balance, and most of our plays have ended with the losing bird only a few spaces behind, often with a winning combination in hand. Odin’s Ravens doesn’t offer much in terms of deep strategy or complex decision-making, but in the realm of two-player cards games, it offers clean and unique gameplay that has a great aesthetic polish and a bit of an addictive nature about it. I’m happy to have it and find it another standout in a growing line of filler-style games. 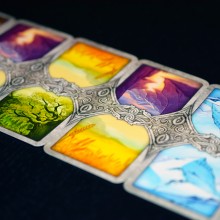 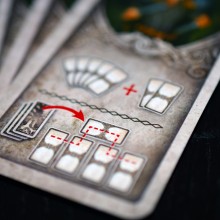 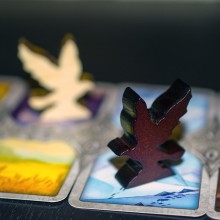 First impression: Racing games in general are always a hit for me. I really enjoy betting on the racing camels in Camel Up (Cup?) and manning my pirate ship in Jamaica. Odin’s Ravens offers a two player experience that easily rivals these larger big-box games. The artwork and design of the cards are very appealing, and it’s apparent that a lot of attention to detail went into the design, from the unique shape of the cards to how the terrain tiles line up and link together. Aesthetics aside, the gameplay is a lot of fun. There are many meaningful decisions to be made on your turn to help your raven move down the line while plotting devious ways to hinder your opponent. One drawback is that like any card game you are at the mercy of the draw. I did find myself a couple times with almost nothing to do, and passing your turn feels like you are really going to let yourself fall behind. Odin’s Ravens is a great experience that is easy to teach and plays quickly. I look forward to having it in my collection soon.

This game is fantastic! I think that when Matt broke it out and taught it to me, we played two or three times in a row. And then I played with Ben. It’s really easy to learn and play. Plus, even if you’ve got a bad draw, it’s over quickly enough that you can just start over and try again. The only struggle that I think that I had the whole time was making sure that I was playing the proper card when it came to the desert (Pride Rock) versus the mountains. While the cards have different color schemes, the shapes of the pictured land formations were similar enough that sometimes I caught myself thinking I had something different than I actually did when I took my turn. The ability to use the Loki cards and play multiple cards as a wild card is very helpful when you’re trying to gain an edge on your opponent, but the game is quite balanced and chances are they’ll do the same to you on their next turn. I highly recommend this game if you need something quick and easy to kill a few minutes!

Odin’s Raven is a cool little race game that plays quick, but adds on those few extra layers with the special powers card play that makes this fun and interesting to play. The decision to draw more terrain cards or Loki cards with special powers can be tough to make. I can also tell if I need to have a game in my collection when I can get my wife to play it a couple times. It’s easy to learn and you can get started playing quickly. It’s a great game to break out while waiting on others or to take a quick break between heavy games. I’m sure I’ll be adding this to my collection soon.