We’re going to start today’s news post with a couple of great causes that are worth a look. I am always amazed by the kindness and generosity displayed in our wonderful hobby, so I hope you will take a few minutes to participate by donating or even just spreading the word. Every little bit counts!

If you have not heard of Tom Vasel, my friend, then you must be living under a rock. What some of you may not know is that Tom had the unfortunate and tragic experience of losing his son, Jack. The Jack Vasel Memorial fund is a not-for-profit with the simple mission of raising and distributing funds to help gamers in their hour of need.

“One tragic event and two acts of generosity brought the BGG community together: the result was the Jack Vasel Memorial Fund. In January 2011, Cate Pfeifer (Cate108) posted an auction for Tom Vasel and his family to help with the financial hardship related to the unfortunate loss of his son, Jack. The generosity of the BGG community was amazing. Tom was touched and wanted to pay the kindness forward so he created the Jack Vasel Memorial Fund. He used some of the money that BGGers donated and spent to build this fund.”

The generosity of our community shines through a yearly auction held to raise money for this great cause. The auction contains everything from actual board games to play sessions with some of your favorite hobby personalities. Great items and a great cause have helped raise over $120,000 since the fund’s inception in 2011.

The auction takes place between October 21st and November 14th so be sure to visit the BoardGameGeek Auction or the newly redesigned JackVasel.org for more information.

On November 8, 2014 a 24-hour board gaming marathon will be held in Cary, NC to help raise funds for this great cause. For anyone in the area on that day, make sure to stop by the Gamers Armory for demos, raffles and gaming all day. If you are unable to make it and would still like to contribute, visit the Gamers for Cures website for more details on how you can donate. 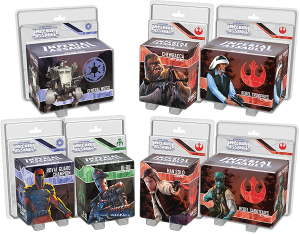 Fantasy Flight Games recently announced 7 new Ally and Villain expansion packs for their highly anticipated, but yet to be released, Star Wars: Imperial Assault. Sprinkled in amongst the generic rebel troopers are some of the universes most beloved characters: Han Solo and Chewbacca. I am itching to get my hands on this game (sorry, Descent), if only for my unhealthy obsession with all things Star Wars. From Fantasy Flight’s website:

“Like the Luke Skywalker Ally Pack and the Darth Vader Villain Pack included in the Imperial Assault Core Set, these new figure packs contain detailed plastic figures to replace the tokens provided in the Core Set. These figures can be used in both the Imperial Assault campaign game and the skirmish game, and every Ally Pack and Villain Pack offers you new missions for both games.

Of course, every Ally Pack and Villain Pack offers far more than just a plastic figure. A new side mission that you can weave into any campaign is included in every figure pack, along with two new skirmish missions that share the same map. Villain Packs offer new Agenda cards for the Imperial player, Ally Packs introduce new Reward cards for the heroes to gain in a campaign, and all figure packs contain new Command cards for building your Command decks in a skirmish.” 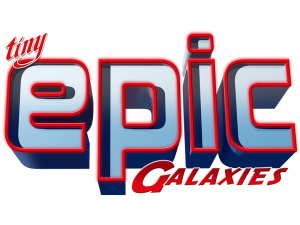 The makers of everything Tiny and Epic, Gamelyn Games, have released a preview listing of their 2015 and beyond releases. It will come as no shock to anyone that Scott Almes’ name is high on the list and that it is associated with another game of small proportions. This time players will be taking to outer space to compete for the largest and most powerful galaxy in Tiny Epic…you got it…Galaxies. Other notable games include: Darkrock Ventures, a sci-fi mining and exporting worker placement game from Michael Eskue; Shadows of Borgia, a hidden roles game from Scott Almes; Vector, a capture the flag data hacker micro game from Adam McIver; and Rock Paper Wizards a hybrid strategy/party game from Sen-Foong Lim, Jay Cormier and Josh Cappel

Be sure to check out the Gamelyn Games recent newsletter for a complete listing of the games on tap for 2015. 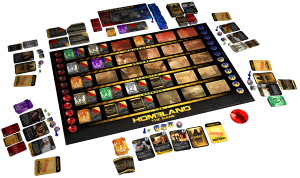 As mentioned in a previous Boardcast News post, Gale Force 9 is continuing to churn out the TV licensed games this year. Next up is a game based on Showtime’s Homeland, the one show on TV that consistently makes me want to punch all of its characters through the TV; but, I love it!  With its official announcement last week, GF9 gave the following hints at the game play:

“Homeland: The Game is a semi-cooperative game of intrigue, deception and hidden agendas.  Players assume the roles of CIA analysts, directing agency resources to combat the rising tide of global terrorism. Be warned, not everyone is what they seem.

Stay Alert: New threats are constant.  Every card played matters.  Any action could be the difference between stability and catastrophe.

Be Vigilant: Use every tool at your disposal to stop impending terrorist threats.  Deploy soldiers, insert agents and recruit key assets to neutralize imminent dangers and keep the nation safe.

Trust No One:  Not everyone is what they seem.  Watch your rival’s actions carefully to try to decipher if they are working against you!”

Expect Homeland: The Game to hit a shelf near you during the first quarter of 2015. 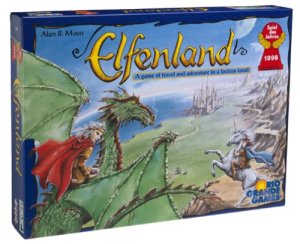 In their most recent newsletter, Rio Grande Games teased a number of offerings that should come to a FLGS near you in the not so distant future. Of particular interest were the announcements of two new additions to everyone’s favorite bean game Bohnanza as well as a reprinting of the 1998 Spiel des Jahres winner, Elfenland. According to Rio Grande:

“We have completed work on two additions to the Bohnanza game: Ladies & Gangsters and Princes & Pirates. Ladies & Gangsters is our English version of LadyBohn and Al Cabohne; Princes & Pirates is our English version of Bohnröschen and La Isla Bohnita. We are  also working on a reprint of Elfenland, which will include the Elfengold expansion and a  new map and transportation options to go with the new map. Although we do not have print schedules for any of these games, we expect the two Bohnanza games to be ready in either December or January. Elfenland should release in the spring of 2015.”