Titans Get Lap Dance at DayBreak 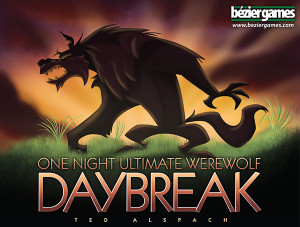 A New Dawn for One Night

This week Bezier Games announced Daybreak, a sequel to One Night Ultimate Werewolf, the shorter and more accessible form of the original cult classic Werewolf that even I will play. (For the record, I detest classic Werewolf). Daybreak will be hitting Kickstarter on September 29th and contains 10 new roles and NO villagers! The game can be played on its own or players are welcome to combine it with the original One Night Ultimate Werewolf for an ultimate good time. Check out Bezier’s teaser video on Youtube if you would like to see for yourself.

Rise of the Titans 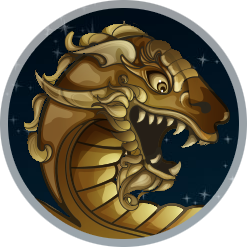 Calliope Games recently announced that they have formed the equivalent of the Board Game Justice League; bringing together a slew of famous designers to work on what they are calling the Titan Series. According to Calliope’s website:

The Titan Series itself will be a line of nine games, released over the course of three years, and will be funded via Kickstarter. Games will be shipped directly to backers as they are released, after which they will be available in retail stores. Backers will be able to support the Kickstarter by pledging [for] only one game; however, those who back all nine games will receive a sizable discount. Exciting backer awards will be announced soon.

And who might comprise this team of superhero board game designers? The list is actually extremely impressive. Designers signed on include: Rob Daviau, Michael Elliott, James Ernest, Matt Forbeck, Richard Garfield, Seth Johnson, Eric Lang, Mike Mulvihill, Paul Peterson, Mike Selinker, Jordan Weisman, and Zach Weisman. Holy hole in a donut, Batman, that’s some board game brain power! I can’t wait to see what these guys come up with. 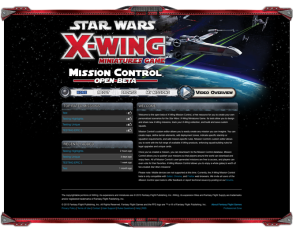 Fantasy Flight Games, fresh from blowing our minds at Gen Con 2014, decided that they still had a few tricks up their sleeve to keep the momentum going after the show ended. First up is X-Wing Mission Control, a free online resource that allows you to design and share new X-Wing missions with players across the globe. Fantasy Flight described the new tool on their website:

X-Wing Mission Control’s custom editor allows you to easily create any play scenario you can imagine, whether it’s drawn from the Star Wars trilogy or completely unique. Simply select the size of your play area and define the ships you wish to permit. You can create mission-specific squad-building rules, or you can identify any number of specific ships and upgrades. If you use Mission Control to track your collection, it will even identify any mission components not included in your X-Wing collection. Furthermore, Mission Control’s custom editor easily allows you to select components from all available X-Wingproducts. Will you try to break through the Imperial blockade with your GR-75 medium transport? Will you invent a mission to hunt down a powerful Imperial prototype starfighter? Shifting your focus from harrowing dogfights to large, tactical battles is as simple as dragging a ship to the map or removing it. With Mission Control’s toolset, you’ll quickly create maps, define terrain elements, and add deployment zones, as well as any helpful mission-specific rules.

So many ways to end the world 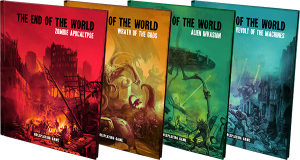 Jumping away from X-Wing, those crafty folks over at Fantasy Flight Games also announced the upcoming release of The End of the World series, a new roleplaying game line of horror and survival in humanity’s last days. The series is comprised of four books that take you from the Zombie Apocalypse to the Revolt of the Machines. Rather than take on the role of a fictional character, these books look to switch things up by putting YOU in the middle of the action using your own physical, mental and social attributes. It also starts you off with equipment that you have lying around when you create yourself as a character. So if you typically bring that AK-47 to game night, it may finally do something other than scare the sh*t out of your friends for once. For the rest of us, I know what you are thinking: “Well then, I wont make it past page 1 if I’m playing myself.” Fear not, you have plenty of time before these books release to hit the gym to become that physical specimen you’ve always wanted to be when the world ends!

Fantasy Flight’s announcement goes on to describe the different scenarios you will encounter in the various books:

Four books make up The End of the World roleplaying game series. Each of these four books offers a different apocalyptic genre and experience. The first book in the series, Zombie Apocalypse, challenges you to face hordes of undead that rise and stalk the earth, hungry for the flesh of the living. The series continues with Wrath of the Gods, pitting players against a pantheon of supernatural foes intent of destroying humanity. Ranging from the Mayan apocalypse to Cthulhu, the gods return to exact terrible vengeance in this book. The third installment in the series isAlien Invasion, giving you the opportunity to battle unknown life forms from beyond our galaxy. You may face a species of conquering warriors, or aliens too small to see with the naked eye. Finally, Revolt of the Machines invites you to match wits against artificial intelligence. When our technology develops consciousness, even normal people will need to battle technology in every form. Each of these books offers a complete self-contained experience, although they share the same rules system. No matter which apocalypse you want to explore, you’ll find unending horror and adventure in this roleplaying series. 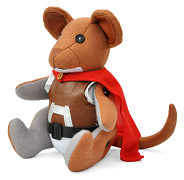 Have you ever played Mice & Mystics and thought to yourself “I really wish I could take Prince Colin to bed, he’s so dreamy!” [He is kind of cute. – Ed.] Well, get your mind out of the gutter because Plaid Hat is making this wish come true with their new Mice & Mystics plush toys now available for pre-order on their website. According to Plaid Hat’s website announcement:

Standing at 1 foot tall each, you can get these adorable plush rodents if you pre-order–quantities are limited, so hurry! This is a unique opportunity to buy a new faithful and cuddly friend for someone who loves Mice and Mystics, and these plush toys are available exclusively at PlaidHatGames.com

And while you’re there don’t forget to check out the new Mice & Mystics big box expansion, Downwood Tales, also available now for pre-order. If sales at Gen Con were anything to go off of, this one is going to be extremely popular once it releases.

WizKids Open to Having Games Available 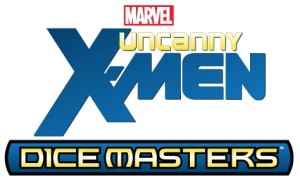 Obsessed Marvel Dice Masters fanatics (including us) will be excited by Wizkids’ recent announcement that all players who register for the Marvel Dice Masters event at the 2014 Wizkids Open will have the guaranteed opportunity to pick up a copy of the Marvel Avengers vs. X-Men Dice Masters Starter Set. And that’s not all! Participating WizKids Open retailers will also offer players a guaranteed opportunity to buy the upcoming Marvel Uncanny X-Men Dice Masters Starter Set at their store during the event. While I can’t imagine the craze that swept the nation when the first starter set released repeating itself, the game has garnered a solid following and these fans will surely rejoice at the news that they don’t have to pay $60 on eBay this time around.

For those unfamiliar with the WizKids Open 2014, here are some details from the WizKids press release:

This year’s WizKids Open event will take place at seven game stores across the country.  Each location will be offering for-sale exclusive items and awarding special participation prizes to players as well as providing the opportunity to compete with the best players in their area. Featuring some of the hottest games of the year, including Marvel Dice Masters: Avengers vs. X-Men, HeroClix, and Star Trek Attack Wing, players will compete in head-to-head battles to earn glory, exclusive prizes, and their rightful place in the 2015 National Championships.

Yeah, I know this is old news, but it’s still news and that’s what this post is all about so I felt obligated to include it here. In case you may have missed it, last week BoardGameGeek News announced that Asmodee agreed to buy Days of Wonders in what may be the largest, most awesome board game publisher merger ever. These companies have produced some amazingly beautiful games on  their own, can you imagine what they might do together?! 7 Wonders: The Train Game. 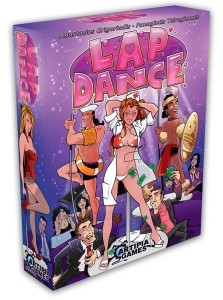 On Twitter, Artipia Games released the cover image of their upcoming Spiel release, Lap Dance. And man did this cause a stir! Have a look for yourself here. I’m personally in the middle on this one. I am all for new themes that don’t involve space, dragons, farmers or ships but I do agree that they are walking a fine line with this in the board game community. With Artipia being a Greek company, I’d be interested to hear what they are saying about this in Europe as they are typically less conservative than we are here in the U.S. That’s not a criticism, just a fact (I used to live there). Either way, I am interested to hear more about this game because as one Twitter user suggested “There has to be a reason Artipia selected this one for publishing” and I am really curious to see why. As of now, not much is known about Lap Dance but from the game’s BoardGameGeek page, it is described as such:

In Lap Dance, players take the role entertainment assistants at that strip club. Their job is to take care of valued customers and see to their needs. Those wealthy customers will be asking for dancers, drinks and luxury services and will be paying good money to the assistant that fulfills their wishes. The player who will generate the most money by satisfying customer demands will become the new manager.

To each his own, I guess.

Until next time, stay classy and keep you game(s) tight!