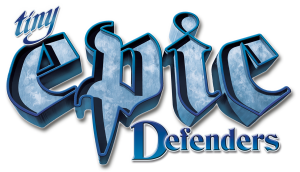 What’s tiny, epic and fits in your pants!?

Will anything ever be large again? It seems not, if Gamelyn Games and Scott Almes have anything to say about it. Last week it was announced that Tiny Epic Defenders,  a follow-up to their smash hit Tiny Epic Kingdom, will be heading to Kickstarter later this year.  Following the Great War between the tiny kingdoms, you learn the hard way that peace did not last for long. A horde of tiny monsters have been spotted heading towards your tiny capital city and it is your job to rally what friends you have left to defend it from the onslaught that approaches. Tiny Epic Defenders is a cooperative micro game where players will select their class (Sorcerer, Barbarian, Cleric, etc) to defend the tiny capital city against the tiny monsters. As described on the Tiny Epic Defender’s BoardGameGeek page:

In this fast-paced game, players will scramble between various regions outside of their Capital City, fighting off enemy hordes! Each region will offers unique properties that players must calculate into their strategy. If your group is fortunate enough to defeat the wave of monsters, you may live long enough to face the Epic Foe! Which epic foe will it be? Will you be prepared!? Does your group have what it takes to survive? Will you have the synergy to be crowned the Tiny Epic Defenders!?

Are you a tiny bit excited for this one!? I am. I enjoyed Tiny Epic Kingdoms and I am extremely interested in adding a cooperative micro-game to my tiny collection. Scott Almes is on fire this year and this is sure to keep his streak alive! 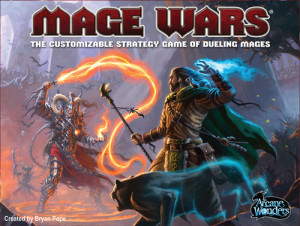 As reported on BoardGameGeek News last week, Arcane Wonders plans on releasing Mage Wars Battlegrounds (name may change) in August 2014 at GenCon. Mage Wars Battlegrounds will offer players a few new options such as the ability to create their own arenas using modular board tiles, a scenario pack, extended multi-player rules and a “Domination” mode (for more information on the history behind Domination mode check out Bryan Pope’s Designer Desk post). I must admit that I own the game but rarely play it and it’s a real shame because I really enjoy Mage Wars. I am hoping that by the time this great addition to the game rolls around in the summer I will be back in Mage Wars mode ready to dominate or, more realistically, be dominated. 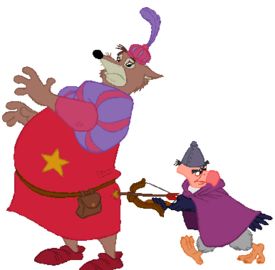 Also debuting from Arcane Wonders at Gencon this August is a new edition of Sergio Halaban and Andre Zatz’s Robin Hood under the new guise Sheriff of Nottingham.  This game pits players against each other in the role of merchants looking to hawk their goods for quick profits while Prince John is in town for a jolly. However, in order to get the goods into the city, players must circumvent the watchful eye of the Sheriff of Nottingham. You can play it safe and only transport legal goods for profit, but seriously, where’s the fun in that? That’s like playing Coup without lying. (Not as unusual as you think – Ed) Arcane Wonders has launched a Sheriff of Nottingham BoardGameGeek page and describes it as such:

In Sheriff of Nottingham, players will not only be able to experience Nottingham as a merchant of the city, but each turn one player will step into the shoes of the Sheriff himself. Players declare goods they wish to bring into the city, goods that are secretly stored in their burlap sack. The Sheriff must then determine who gets into the city with their goods, who gets inspected, and who may have their goods confiscated!

Do you have what it takes to be seen as an honest merchant? Will you make a deal with the Sheriff to let you in? Or will you persuade the Sheriff to target another player while you quietly slip by the gate? Declare your goods, negotiate deals, and be on the lookout for the Sheriff of Nottingham!

“A card game with civilizations to care about” 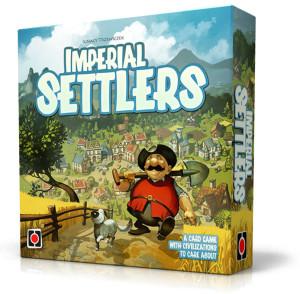 On Portal Games’ website it was announced that their newest card game, Imperial Settlers, will be released at GenCon 2014. There is no sense in me trying to describe the game when you could hear it straight from the mouth of everyone’s favorite boardgame storyteller…

Settlers from four major powers of the world have discovered new lands, with new resources and opportunities. Romans, Barbarians, Egyptians and Japanese all at once move there to expand the boundaries of their empires. They build new buildings to strengthen their economy, they found mines and fields to gather resources, and they build barracks and training grounds to train soldiers. Soon after they discover that this land is far too small for everybody, then the war begins…

Imperial Settlers is a card game that lets player lead one of the four factions and build empires by placing buildings, then sending workers to those buildings to acquire new resources and abilities. The game is played over five rounds during which players take various actions in order to explore new lands, build buildings, trade resources, conquer enemies, and thus score victory points.

The cover art alone has me wanting to check this one out immediately upon arrival in the vendor hall. How this game contains conflict I can’t even begin to fathom. I mean, who would seriously build an army to conquer their neighbor who looks like an overweight Monopoly guy out for a stroll with his pooch?

Has anyone seen my dice?

And finally, in case you’ve been living under a rock (the same place WizKids’ shipment of Starter Sets seems to be hiding), you’ll know that Marvel Dice Masters was released to Rod Stewart-like fervor. It’s been a long while since we’ve seen a game cause such an uproar in our hobby ecosystem. Most of it has to do with the scarcity and distribution problems experienced by WizKids, but I think a lot of it has to do with players being able to reconnect with their collectible roots once again for a relatively low buy-in. Who doesn’t miss the excitement of opening a random pack only to find absolute shiite in it? Which leads to the second element that everyone who swore off collectible card games misses and that’s the trading! One man’s shiite is another man’s treasure, or at least until he realizes you schooled him and ran off with his ultra rare Canucklehead for that elusive grey common.

We recently ran a Starter Set contest on our site which topped 1,900 entries. This just goes to show the demand for this game in the market right now. Unfortunately, we only had one extra copy to give away but, for those left in the dark momentarily until WizKids replenishes their stock and floods the market with more dice than Vegas and Macau combined, they’ve released a work-around to give players proxy cards and a reference chart so that they can temporarily use D-6’s to get their fix of this new hotness.  You can find these files on WizKids website. And if you ever want to battle one of the League members via Skype or Google Hangouts, shoot us a tweet or email and we’ll gladly accept.