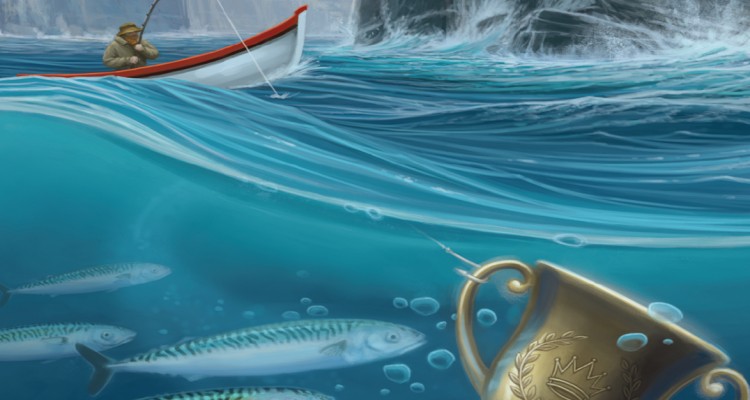 he fog lies heavily across the still water as you arrive, rod and tackle box in hand. You’ve spent weeks preparing for this moment, choosing the best bait, tying the best lures, but will it be enough? Can you catch the ‘big one’, or will you be left with just another tale to tell around the bar? Either way, the Coldwater Crown fishing tournament has begun!

Coldwater Crown, from Brian Suhre and Bellwether Games, is an indie title looking to break the mold both thematically and mechanically. Using an innovative style of worker placement that allows you to act when placing and removing workers, players compete to catch a variety of fish from the shore, lake, and river to submit into the Coldwater Crown tournament.

Cast Em’ Out and Reel Em’ In

Gameplay in Coldwater Crown centers around a simple action order:

Each time you place or remove an angler token, you’ll get to take an action based on the chosen space and the number appearing on the token, either “1” or “2.” Interacting with one of the six colored spaces allows you to remove some or all of the matching bait tokens from your player board, while visiting the Port allows you to either fill one section of your board with bait, or collect a Master Angler card from those on display. When one of the four quadrants on your board has been completely emptied, you’ve caught a fish in the location corresponding to the color of the last piece of bait that was removed and the quadrant it was removed from. 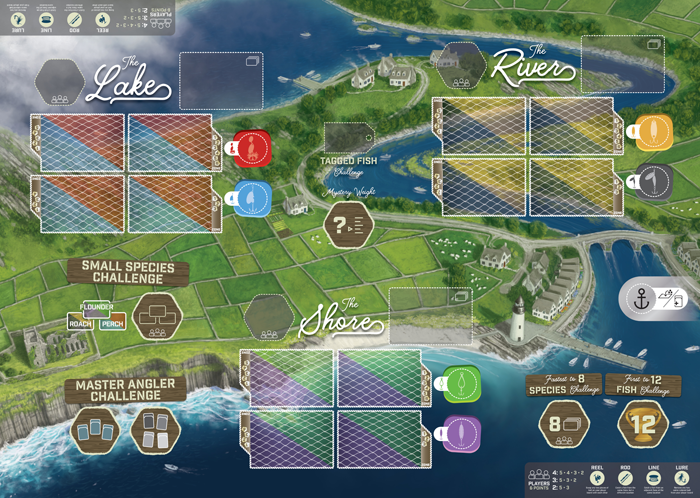 As mentioned, the player board features four quadrants, numbered 3 through 6, which represents the amount of bait added when filling in that section. To reward the added difficulty of the bigger sections, you may take a random tackle-box token, which provides one of four bonus actions when spent after completing the ‘5’ section of your board, or when completing the ‘6’ spot, take the top card from the fish deck in place of the fish you would have caught.

There are four Master Angler cards available to take from the Port at any one time, and each feature a specific fish for set-collection purposes, as well as a number of colored spaces that match the six types of bait. To complete a claimed card, you must fill in those spots with the bait you remove from your personal board.

Through the ebb and flow of the player turns, you’ll be adding and removing bait, completing Master Angler cards, and catching fish from the three fishing areas. These actions all relate to the end-game through the various scoring contests available in the tournament. During the game, you can score points for collecting a variety of different fish, for completing sets of Master Angler cards, and for fulfilling the fish-specific “Species Challenge.” The bulk of the points gained will come from the end game, through the weight contests in each of the three fishing locations. You and your opponents will submit the heaviest fish from each species available at that location and earn points based on total weight caught. The total of these various scoring opportunities determines the victor!

I Caught You A Delicious Bass

Coldwater Crown is a relatively unassuming title. It’s a lightweight euro-style game about fishing. Uniquely themed but also a little underwhelming at first pass. Fortunately, thanks to a fresh mechanical design and a catching aesthetic, Coldwater Crown has come together as a legitimately stellar package. It manages to bring the theme of competitive fishing to the forefront, while still maintaining a strong mechanical flavor.

Where Coldwater Crown most succeeds is in its thoughtful, but unobtrusive, turn structure. On your turn you know exactly what you have to do: put down an Angler Token and pick one up, but the limitation of only seven spaces, three of which are always blocked, forces you to evaluate the costs and benefits of your options. 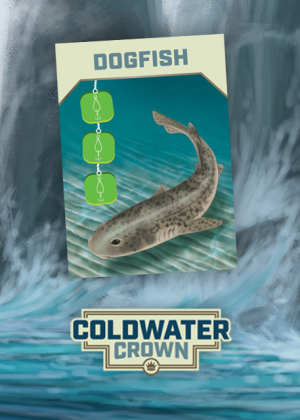 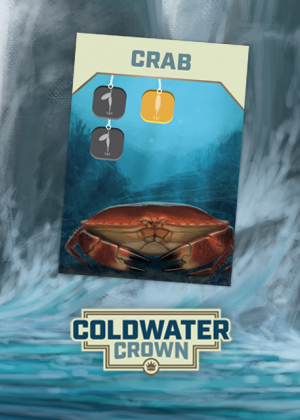 All of these things are relevant, but the complexity of the design overall isn’t such that it burns you out, more that it gives you the enjoyable rush of deliberation as you work through the puzzle.

One thing not mentioned above, but really crucial to the flow of the game, is how you must flip the Angler Tokens over after picking them up. This tiny addition to the cycle adds to the strategy of your decisions, as the second action of this turn directly impacts the strength of your first action next turn.

There is also the interesting decision point of when to fill your player board. Much like the decision to “pull back” your workers in titles like The Manhattan Projects or Euphoria, the question of when to grab more bait is constantly on your mind. Bait fuels the catching of fish, but the actions used to fill your board with bait could be used to catch instead. Additionally, having more bait on your board makes the removal actions more efficient and can fuel the completion of Master Angler cards, but you may want to catch a certain fish before it’s gone. It’s a delicate balance and adds another subtle layer to the decision tree.

I think it’s safe to say that the puzzle, and the obstacles to its solution, are spot on in Coldwater Crown. It’s thinky and engaging, but also doesn’t force too much on you. It’s like taking the boat out on a calm Sunday morning. It’s also beautiful to look at. Much like how Arboretum surprised me with beautiful trees, the illustrations have me appreciating fish in a way I never thought I would.

So where are the cracks, the broken lines, the leaks? It’s tough to say. Taking Coldwater Crown for what it is, I don’t find myself asking for too much more. It feels complete and functional in a way that is very satisfying. So, while I think it is probably just fine as it is, I’d say modularity and variety are where the team needs to look. The goals, contracts, and play structure are largely the same game to game. I think some games are just fine being the same each time, but the way to stretch the life of Coldwater Crown – to make it an every-game-night game instead of a once-a-month game – is to look for ways to vary the play. New “Species Challenges,” special abilities, or obstacles in the worker placement system could help make the game feel fresh again down the road. For right now though, I’m actually quite happy with where the title falls in terms of challenge and game play. 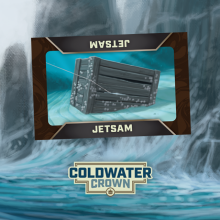 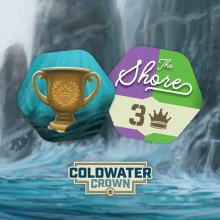 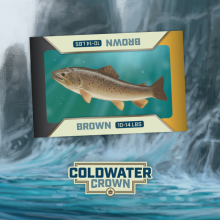 Coldwater Crown is, I think, one of the few Kickstarter games in recent times that I’ve sat down with and simply enjoyed. While it’s not an epic-length adventure, it is, at its heart, a puzzle that rewards efficiency in your actions and your choices, and I can quite easily get behind that. The turn structure (oh, how many times did I want to remove a piece, and then place?) works well, and the alternating strengths of your worker pieces makes you consider if it’s worth taking a weaker action now in return for a stronger placement, or perhaps even denying your opponent a strong action on their turn. The one complaint I may have is as Matt mentioned, some additional challenges along the lines of different species to collect may liven up the dynamic from game to game. Additionally, the bonus token for the ‘5’ space has proven to be much more popular than the reward from the arguably-harder-to-catch ‘6’ spot.

The League of Nonsensical Gamers would like to thank Bellwether Games Games for providing us with a prototype copy of Coldwater Crown for this preview. We were not compensated in any way for this preview.