Gen Con 2014, the annual festival dedicated to all thing tabletop gaming, is currently in full swing at the Indianapolis Convention Center. Somewhere among the 40,000+ people – cosplayers, gamers, designers, and publshers – attending the show, there is a man in a pink shirt that looks like this: 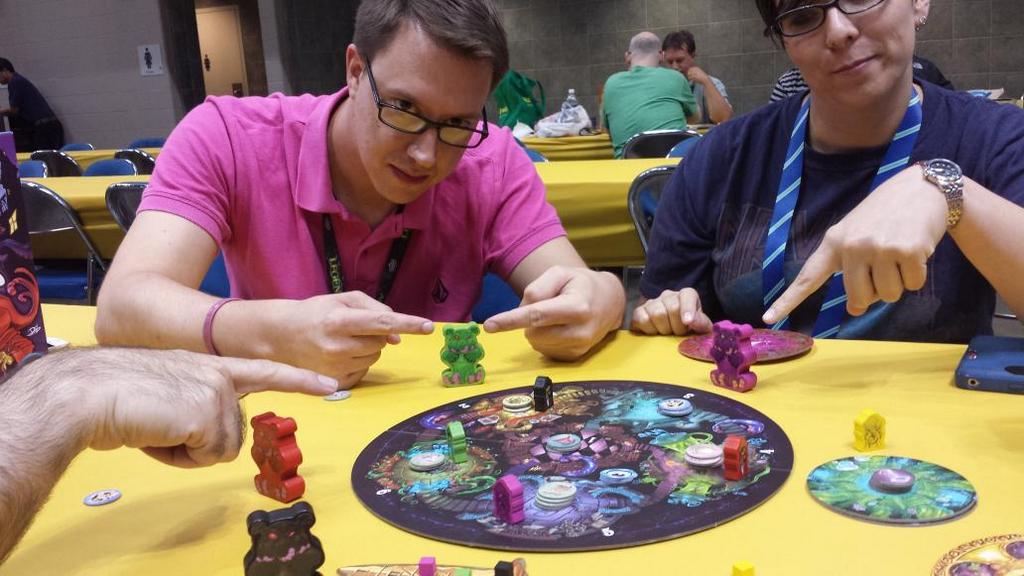 When he’s not demoing Cthulu-based children’s games with his wing-lady, Tiffany, he’s supposed to be doing a modest amount of reporting – taking in the sights and sounds of GenCon. Well, I’m happy to see that he was able to put down his Sun King brew for a bit and snap some pictures. Sure, you may have seen a few of these cool things on other sites, but were they captured by such a stylish man? Doubtful. Let’s take a look at what Nad is getting himself into. 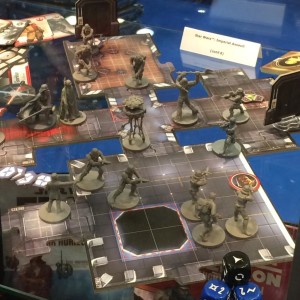 As expected, Fantasy Flight Games continues to “steal the show,” as they announce and preview more big and exciting games than anyone else in the exhibit hall. Somehow, they managed to stir up the internet weeks before the convention with talk of XCOM and Star Wars: Armada, and STILL had more to spill, as the new X-Wing Wave 6, Android: Netrunner Deluxe Expansion, and Descent-esque Star Wars: Imperial Assault were all announced.

Yes, there are plenty of new and shiny things premiering at Gen Con 2014, and we’ll get back to those shortly, but there are also a number of reprinted and redesigned games that will tickle your nostalgia button a bit. Going into the show, some of the most notable were games like Ca$h ‘n Gun$ and the new starter set for The Spoils. Upperdeck Entertainment, though, jumped into the mix when they announced that VS System, a previously abandoned collectible card game, was back as a “Living Card Game.” Legal questions aside, most people felt simultaneous joy and confusion, as there was little information provided about how the game may have been redesigned for the LCG format, or what was even in the “Gen Con Preview Edition” box that was being sold on site.

It may not come as a surprise, but most of the popular games leading into Gen Con met with roaring success on Thursday. So much 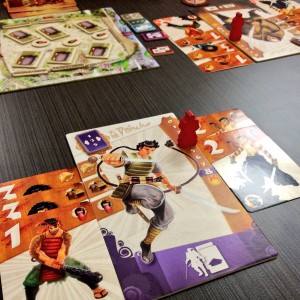 success, in fact, that most are now sold out. These include hot titles like Portal Games’ Imperial Settlers, Plaid Hat Games’ Dead of Winter, and Stronghold Games’ Panamax – along with many others. Some of these were gone in a matter of minutes, some in a few hours, and I heard a rumor that one or two may have been bought out before the hall even opened to the public. Saturday day-trippers and GenCant-ers, never fear, retail vendors will have most of these big titles soon.

No, this header isn’t about Artist Alley, although I recommend swinging through there at least once to see the cool things. No, Dan has sent along some pictures of a variety of different games featuring some of the most enticing component art in years. Games like Abyss, Black Fleet, and Samurai Spirit are boasting artistic design that makes you stop – backing up a whole Gen Con aisle – and stare.

As the hobby grows, and The League grows, we’re coming in contact with prototypes more and more. In the case of Dan, he’s actively seeking them out. Gen Con is perfect for this, as designers – new and old – are breaking out games in all stages of development for others to play. While there are plenty of retail releases to dig into, don’t neglect the fun that can be had sitting around a blue pool noodle with friends, flexing the designer and gamer muscles at the same time. 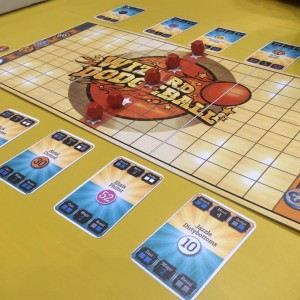 Fun, Because That’s What It’s All About

The most important announcement to come from the floor of Gen Con 2014 is that board games are still awesome. Few things are better than getting together with friends, maybe having a drink or a good meal, and kicking each other’s butts in a camel race. 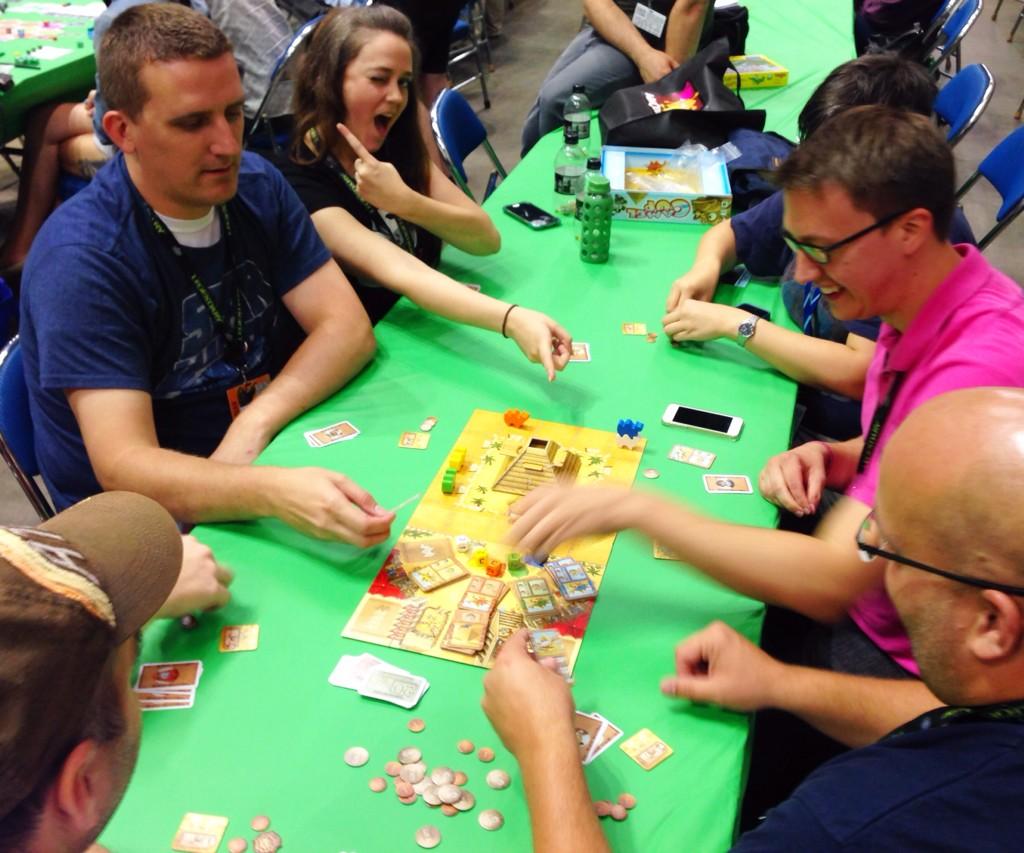 Be sure to take a look at the gallery below for more pics of Gen Con 2014 and tune into our Twitter feed, @LeagueNonsense, for up-to-date coverage of whatever Dan happens to be doing at the time. Nine times out of 10, it’s probably game related.