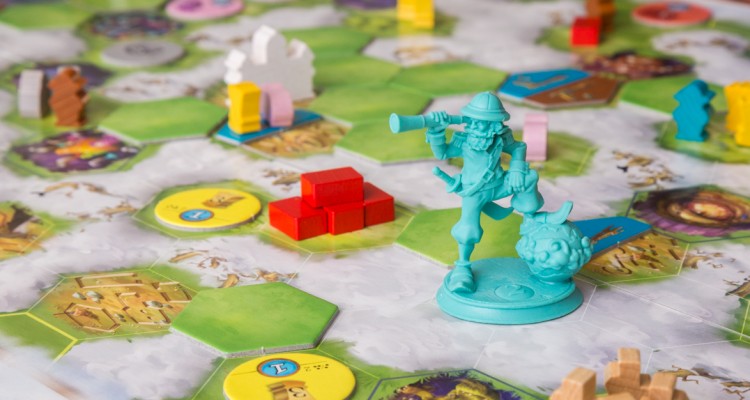 As the latest addition to the very selective Space Cowboys line, Martin Wallace’s Via Nebula meets the needs of those desiring yet another route-building and contract fulfillment title. Its theme, that of exploring and exploiting a fictional valley, is far less-pronounced than the sea-faring of Black Fleet or celestial conflict of Elysium, but it falls in line with its kin due to some stellar artwork from Vincent Joubert and an overall production quality that is well above many of its competitors.

What remains in question is whether or not this lightweight “train-game-in-disguise” stacks up mechanically. Martin Wallace is prolific in this hobby for the simple reason: his games are well designed. Whether they are your style or not is a personal preference, but because of how he carefully assembles euro-style puzzles, his titles have been hitting shelves and selling well since before I could drive. Via Nebula looks to follow suit, though while Brass and Empires of the Ancient World will run you several hours of careful planning, this bright and peppy route-layer will wrap up well under 90-minutes. 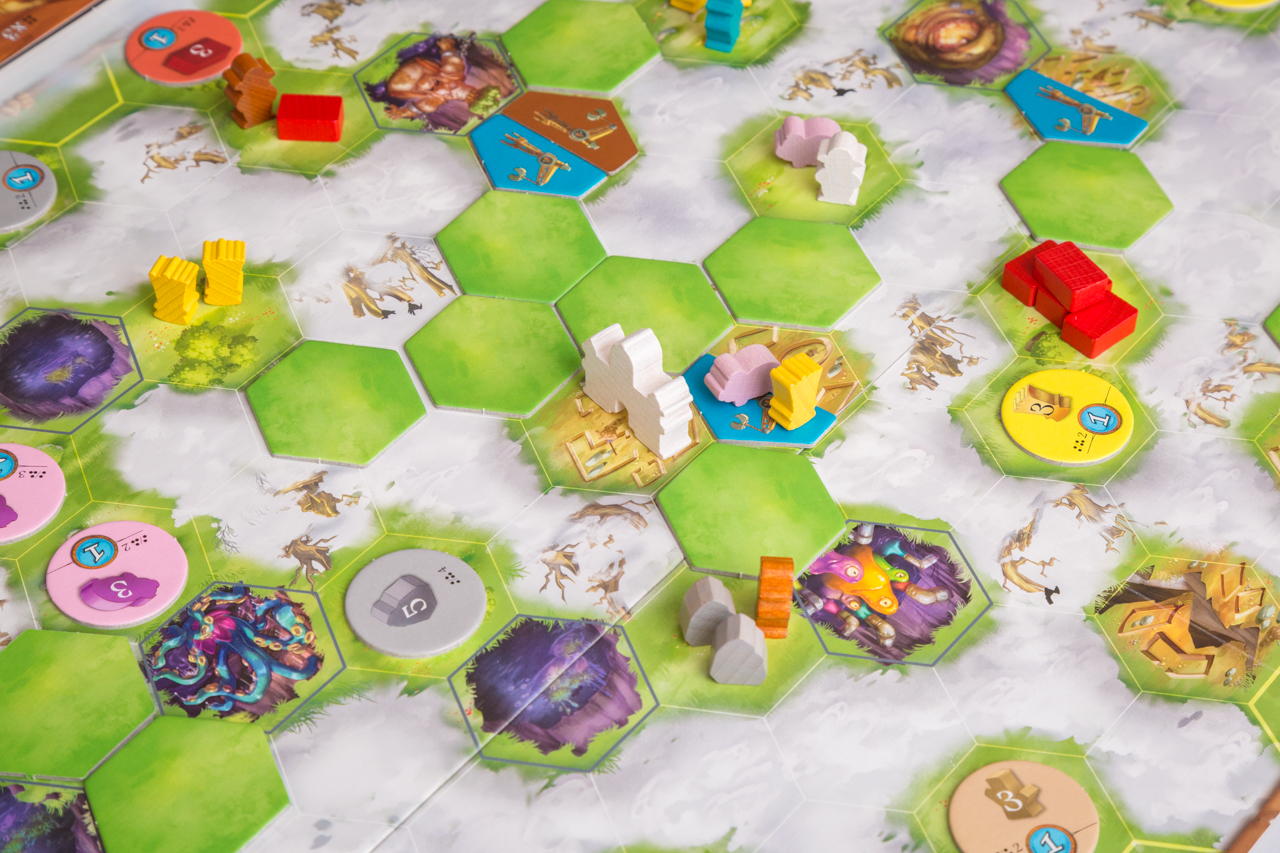 Via Nebula achieves this pace by stripping away any kind of asymmetry, upgrades, or individualism and focusing on a straightforward set of six actions in progress towards an equally straightforward goal: have the most points when someone ends the game by building their fifth building. Each turn, you forward your cause with two action points to spend between placing workers on resource stashes, opening construction areas, clearing pathways to your building sites, transporting resources to those sites, and finally, completing constructions. There are four communal buildings available for construction at any one time, plus additional ones that are privately held. Each of these buildings require various numbers and type of resources to be stockpiled at a building site before construction can be finished, and also provide an additional benefit to the player who completes them. As all resources on the board are available, provided the path is clear between its source and your building site, not just those occupied by your workers, this makes Via Nebula strictly about route-building and resource delivery. Possession of certain resources or areas does not confer a specific benefit, so the game boils down to this simple focus.

Via Nebula is strictly about route-building and resource delivery.

As a result, and to answer my previous question, Via Nebula proves to be a shallow experience. Building, in general, requires two, three, or four resources which understandably for balance, never double-up. This forces you to always be maintaining access to all resources as often as possible. The building rewards are varied but not strong enough to feel meaningful. The difference between the “Beginner” and “Experienced” sides of the board is simply in the density of the less cost-effective Petrified Forest spaces. These are elements that, yes, alter the literal play experience, but don’t change the feel or routine of the game. It provides nothing in the realm of an interesting rise or climax, player interaction, or innovation. It is mechanically sound, although we did encounter an issue with the exhaustion of resources—and a corresponding impossibility of achieving the end-game—that is not covered in the rulebook, so it may not even be fair to say that about the design. (Admittedly, this is a corner case, and providing a method to clear the contract row mid-game would change the balance immensely, but it is something that could be addressed.) 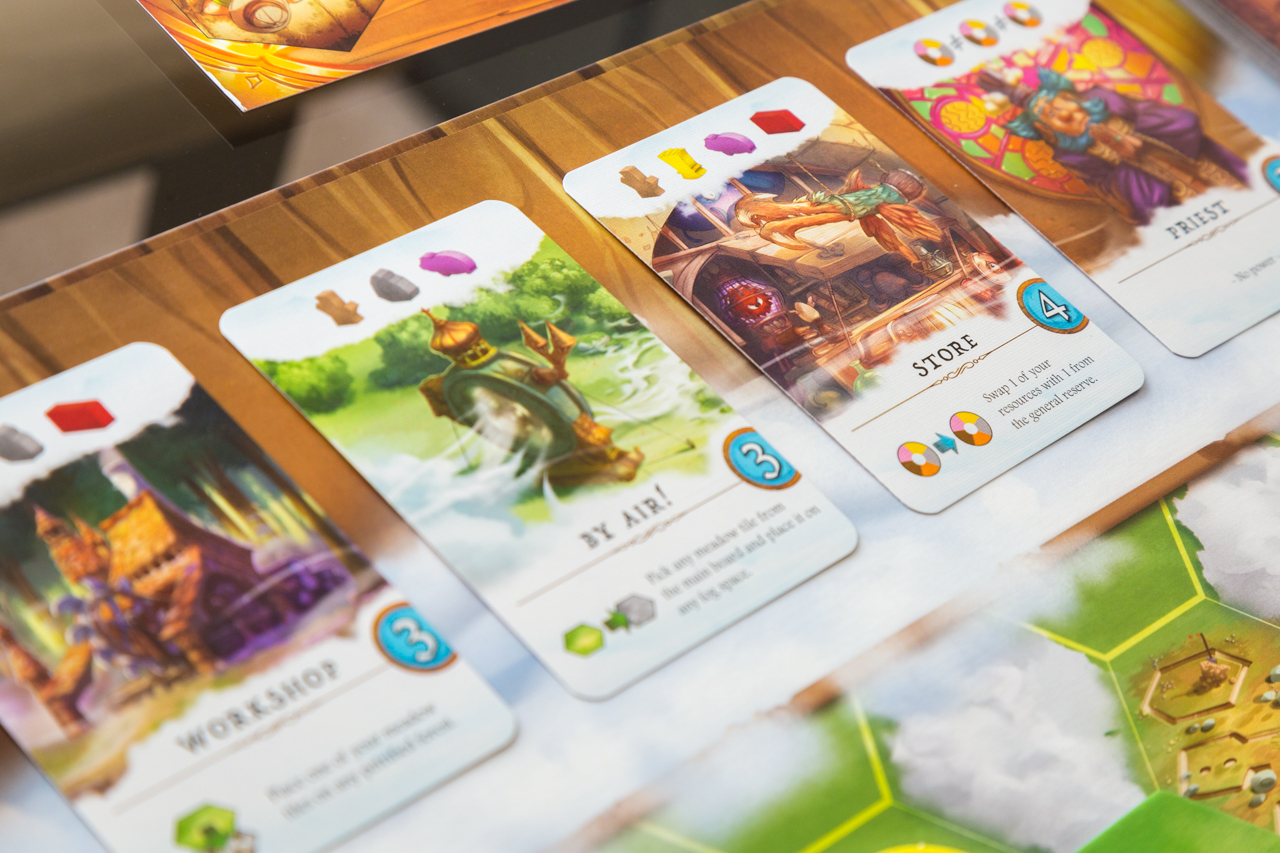 I worked diligently to champion Via Nebula. I read about its success as a two-player game, about its wonderful production, and about its lightweight play-style and thought it may find a place among our group. Sadly, for my wallet mostly, this well-produced, but overtly uninteresting game puts the nail in the coffin for Space Cowboys’ reputation, in my mind. Once again, the lure of wonderful art and clever storage leaves me prey to a mediocre gameplay experience that I can easily pass on without looking back. 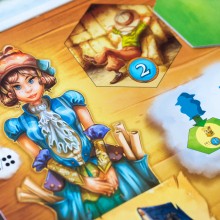 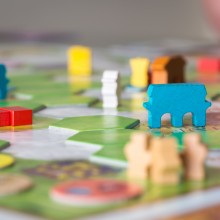 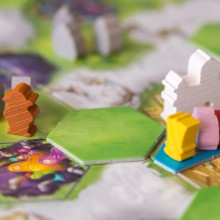 First Impression: I’ve only gotten a chance to try this title out once, and it was the unfortunate instance in which we could not actually end the game—we ran out of pigs on the board and all of our available building options required them. In general, I felt like this game moved rather quickly and it was pretty easy to learn. Trying to discern a route from one place to another with the tiles that you and your opponents have placed can prove an interesting little puzzle—especially if you’re desperately trying to access resources from across the board. It isn’t necessarily interesting enough, though, and that’s kind of a bummer. I’m open to giving this one some more play time in the future, but I can understand how it offers little in terms of variation from game to game (other than individual building placement) and am not sure that it has much in terms of replayability, in that sense.

Contrary to my fellow league members, I actually really enjoyed my plays of Via Nebula. My thoughts may been influenced at the start after hearing Matt’s initial feelings, so I knew what to expect going in from the start. The production of the game is absolutely over the top and everything looks amazing, from the artwork to the wood bits. They even put a ton of thought into the insert. Via Nebula offers a semi co-operative experience when building routes and claiming resources, utilizing a two action per turn system. Routes that are built are available to everyone, so you must always be thinking about how you can optimize your decisions to best suit your needs and not inadvertently help Smee horde all the pigs. The game can penalize you, however, for having too many left over resources that weren’t used at the end of the game so hoarding is not usually an enticing option. Speaking of resources, there is no official ruling on what to do if you run out resources and unable to build any available buildings. We had a very abrupt game ending because of this issue. Overall I enjoy Via Nebula and would like to play it more, but would suggest to keep it at 3 players maximum to avoid any resource issues.

First Impression: Yep. I admit it, I broke the game. Unintentionally, I must say in my defense, but when given the option to swap some resources on the board for another, I ended up removing the only source for pigs that were left in the world. Sure, some of the remaining contracts gave resource-swaps of their own, but it was a catch-22. You needed pigs to get pigs! As far as the game itself goes, there was a nice efficiency puzzle in chaining together some of the buildings and their powers, along with figuring how to get resource Y to site G, but the variety and potential for replayability fell short in my opinion.