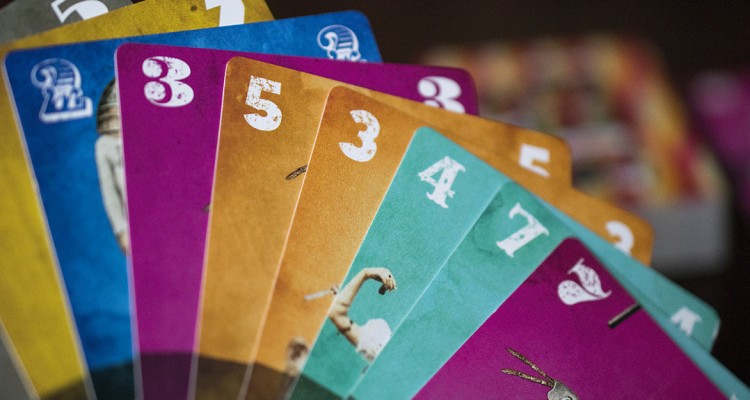 COME ONE! COME ALL! Enter the mystical, magical world of the Flea Circus, a most magnificent display in the miniscule midway! Witness the Most Formidable Strongman alongside the Speckless and Undaunted Tamer! Behold the Supernaturally Deft Sharp-Shooter, a pair of Incredibly Flexible Contortionists and the Dark and Mysterious Magician! For one night only, open your eyes and your minds to the grand and extraordinary CIRCUS FLOHCATI! 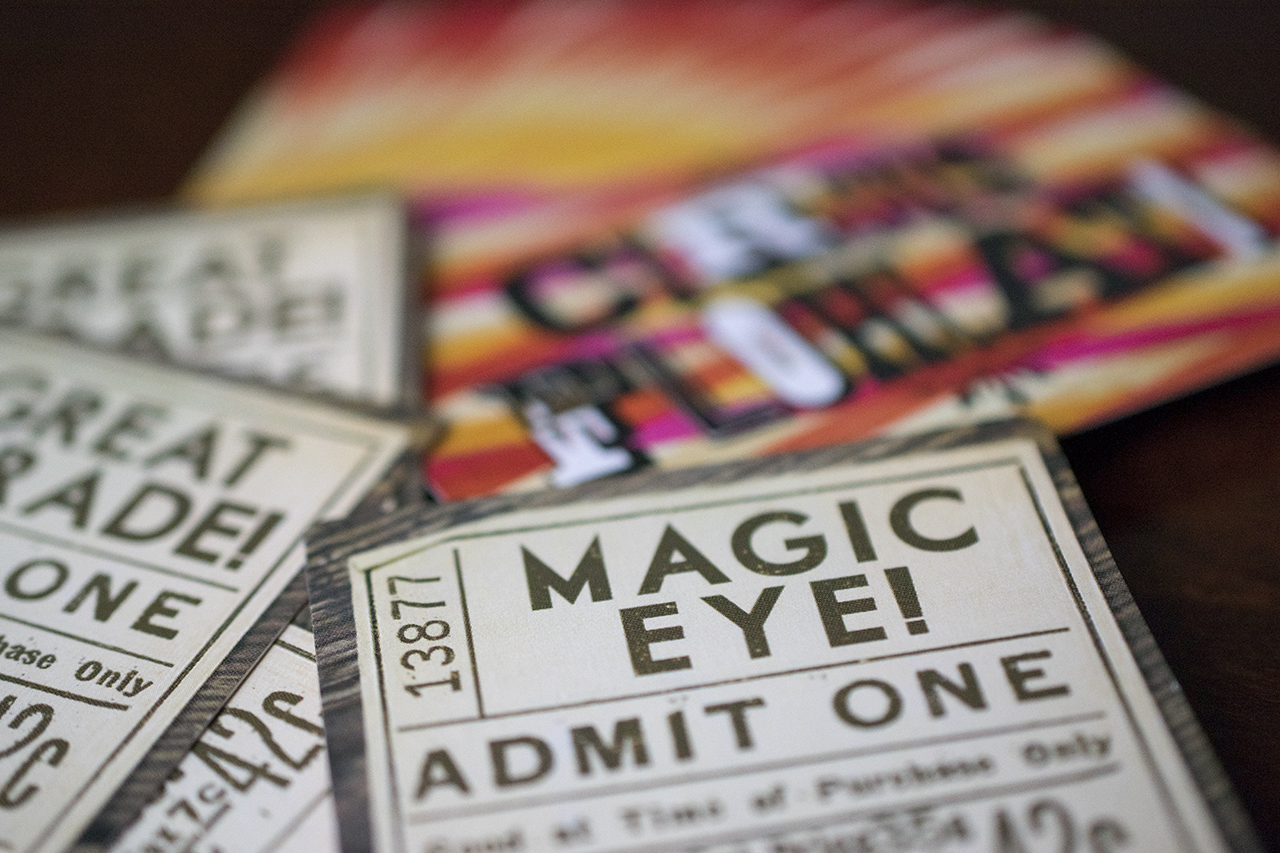 Circus Flohcati is a wonderful card-drafting and set-collection card game from the mind of Reiner Knizia, who has brought us such titles as Lost Cities, Samurai, and Prosperity. Grail Games’ newest production showcases quirky and marvelous artwork of fabulous, flea circus carnies from Heiko Gunther.

An Extraordinary Exhibition of Industrious Fleas

Playing Circus Flohcati is simple: shuffle the cards, stack them up and flip them out, one at a time. The cards consist of Circus cards, numbered 0–7, in ten different colors/types of circus-folk, and Action cards. On your turn, you may press-your-luck and flip out as many cards as you’d like, one by one, but if you flip a second card of a color that has already been shown, that card is discarded and your turn is over. If you flip an action card, simply do as the card tells you; otherwise, you may stop flipping out cards at any time and collect one of the face up cards for your hand.

As you collect cards, you may play sets of three of the same numbered cards to your tableau. Each set is worth ten points at the end of the game. The game continues until one of two end game triggers take place: a player has collected one of each of the ten colored cards (a “Circus Gala”), or the draw deck empties. At this point, you score the highest-valued card of each color in your hand in addition to the sets you previously played to your tableau. If you declared the “Circus Gala,” you also get ten bonus points. 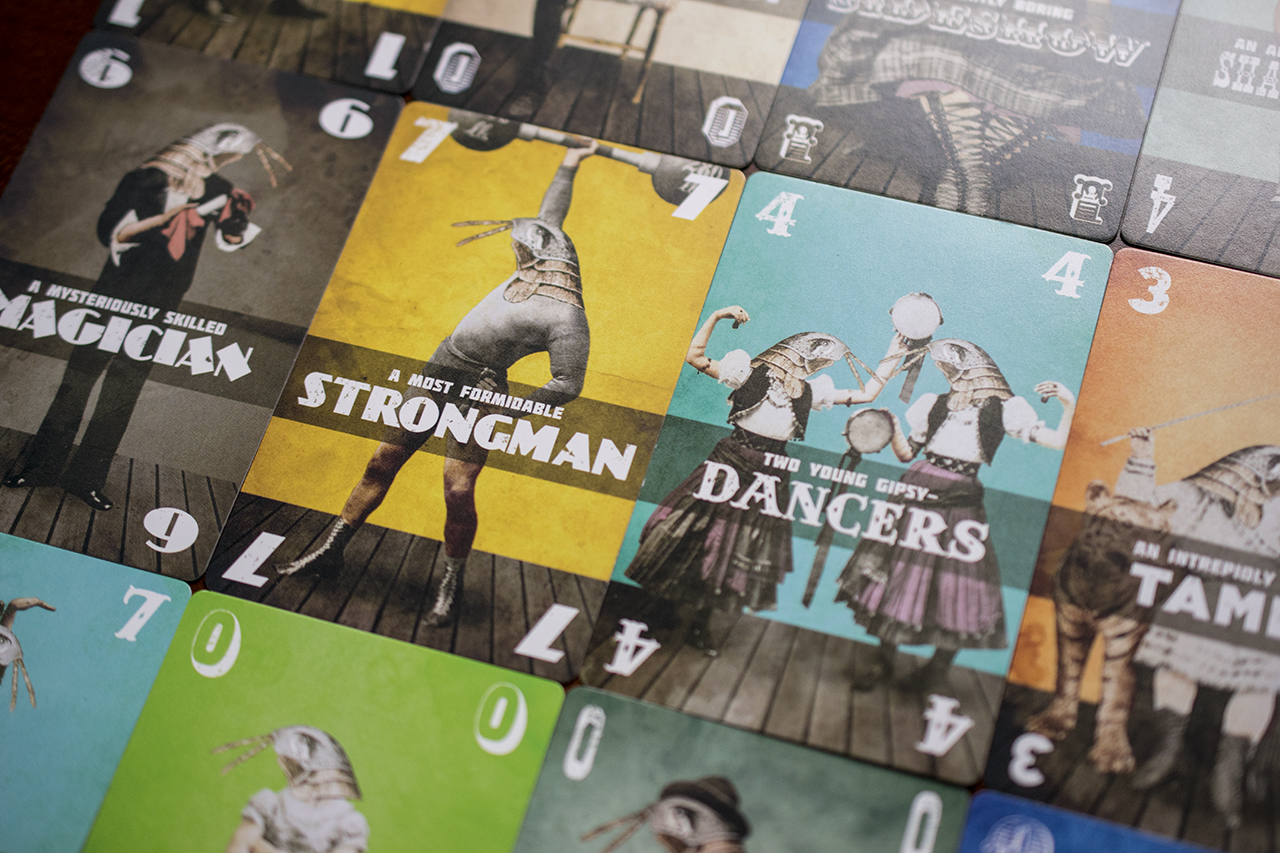 Circus Flohcati is an excellent card game. You must practice both hand management and set collection in order to maximize points for the most successful circus display. Each game is played using a single, shuffled deck ensuring that each play is different. The simple gameplay makes it easy to play anywhere, any time, and with anyone.

The press-your-luck nature of the card draw on everyone’s turn also makes for an interesting game each time around and can play a major role in the strategies you employ. Set collection might be more appealing if there are several low cards on the table to choose from. On the other hand, it seems like striving for the Circus Gala more quickly than your opponent can have great value in a game of only two players—a strategy that Matt used against me multiple times. Despite the simplicity of the gameplay, there are decisions to be made at every turn. Fortunately, the game is fast enough that if the circus doesn’t end in your favor, you can try your luck again! 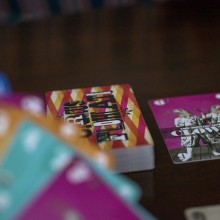 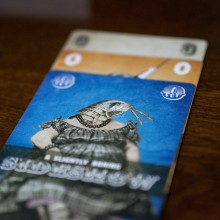 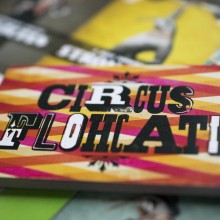 First impression: I really enjoy games that offer a press your luck element. Circus Flohcati will have your hand hovering over the deck of cards as the decisions go through your mind like acrobats. Outside of the end game scoring, which was slightly confusing at first, the game is easily taught and played. The event cards that come up can really tick you off but they add a much-needed dose of player interaction in an otherwise basic set collection game. That said, for a filler it still leaves you satisfied even if it’s just for one play. And, the artwork on the cards is fantastically creepy…in a good way!

Circus Flohcati is a an enjoyable filler-style game that combines a simple press-your-luck card draw mechanic with a clever scoring system. These elements combined really hit a sweet spot for me. The flow of the game is brisk as you start to grasp what cards you are hunting for in the deck. Even when your targeted cards don’t rear their ugly flea heads, there are a number of subtle strategies you can toy with to ensure no turn is really wasted (unless you bust, course). There are a fair number of simple, yet satisfying, decisions scattered throughout this 15 minute game. Sure there are times when you will bust and get nothing on your turn but that’s the risk/reward life under the big top. Dr. Knizia has yet to let me down and Circus Flohcati is no different.

Circus Flohcati falls right in line with the other titles in Grail Games’ catalogue by offering crunchy decisions in a small-box package. It’s definitely a filler game, but one that offers just a tiny bit more over others of similar style. The consideration taken when weighing the value of cards is what tips it over the edge, as you have multiple options for each play. I wouldn’t call Circus Flohcati a terribly successful two-player game, it’s much better at four, but I was surprised and pleased to know that it at least works across all player counts, even if not optimally. This is a great option to stretch the range of your filler options and a game that could easily get a lot of repeated play.