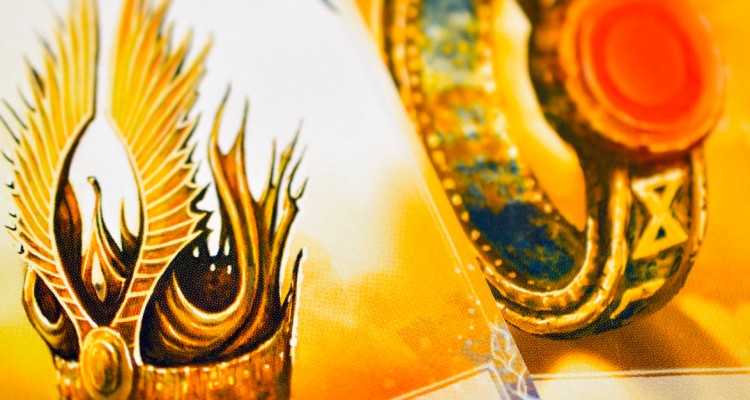 Loki the troublesome has stolen the Allfather’s Crown using his mischievous ways. Now Thor, armed with Odin’s Ring, must try to retrieve it for his father. The fight between the brothers commences as they call upon their minions, their allies, and their followers to help defeat one another in this battle for one of the greatest powers in Asgard.

Thunder and Lightning is a card game from Z-Man Games by designer Richard Borg and artist Chris Quilliams. If it looks familiar to you, you may have seen it before as the Kosmos game Hera and Zeus. In Thunder and Lightning you play as either Thor or Loki in a battle for Odin’s most prized possessions: his ring and his crown. In this version of the game, the decks have been expanded and the powers have been adjusted, cranking up the intensity on the battlefield. 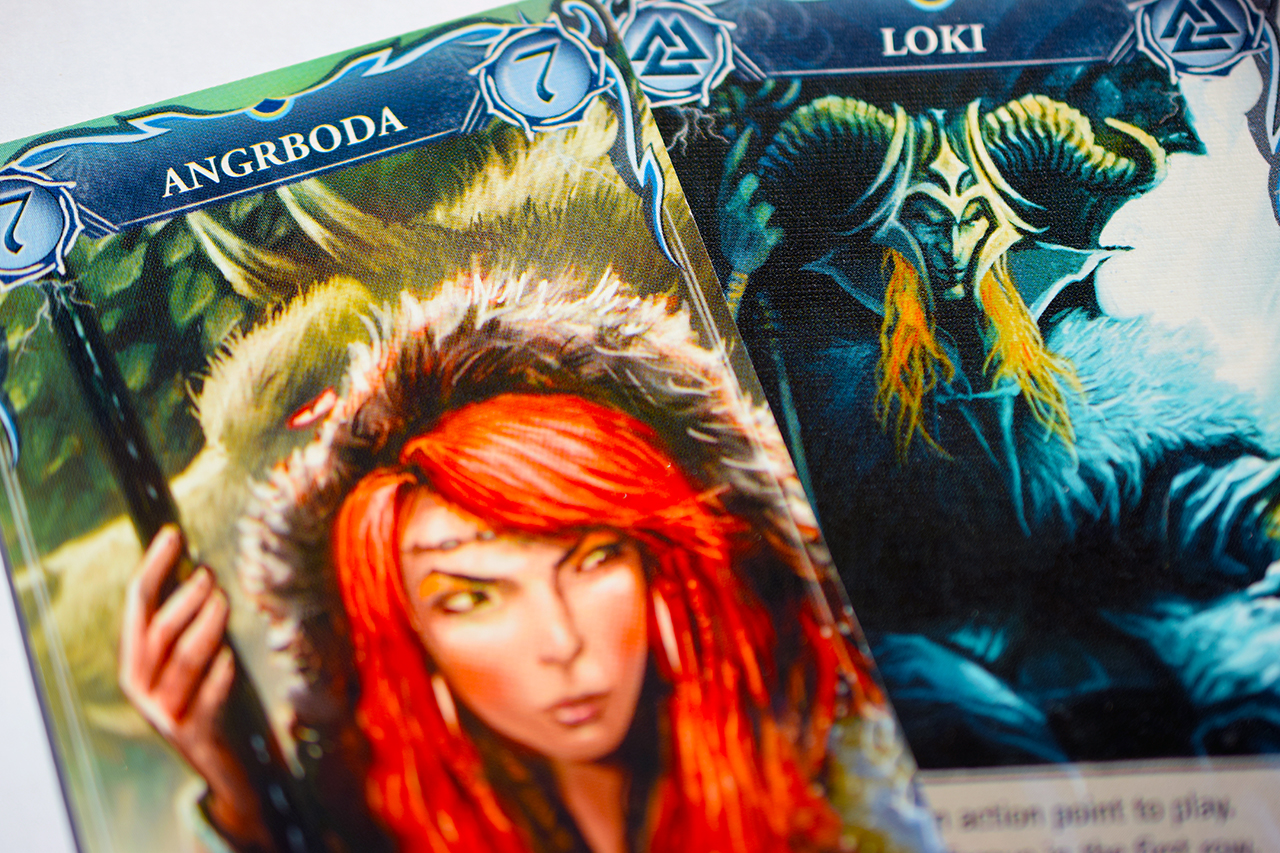 To begin, each player chooses a deck—are you Thor, using the power of Odin’s Ring to try to recover your father’s Crown, or Loki, guarding the ill-gotten Crown while coveting the Ring as well? While each deck contains the same distribution of cards, effort was made to provide different artwork (and character names) for either side. The decks consist of a mixture of both mythological and strength cards. Mythological cards have special abilities that you can unleash by playing them from your hand (or in certain cases, by activating from the battlefield), while strength cards are character cards that have a battle strength in the corner; they will form the forces under your command.

During each of your turns you will have one or more action points available to you, the exact value being equal to the number of cards in your frontline row. Throughout the game, the number of action points will likely change from turn to turn as cards get eliminated or added to your battlefield. For each action point you may draw a card, add a card to your battlefield, play a mythological card for its ability, or challenge a card in your opponent’s battlefield. When adding cards to your battlefield, which consists of three columns of up to four cards each, they are placed face down and hidden from your opponent. Challenging an opponent’s card is as simple as flipping one card in your front row, along with its opposite number and comparing strength values. The card with the lowest strength is eliminated and the column behind it moves forward. As the game progresses, you will strive to flip the cards in your opponent’s battlefield (or reveal them from their hand with the use of mythological cards) in search of Odin’s Crown or Ring.

If at any point, you’ve captured Odin’s Crown or Ring, your opponent has no cards in their battlefield or they cannot take all of their actions, you win! 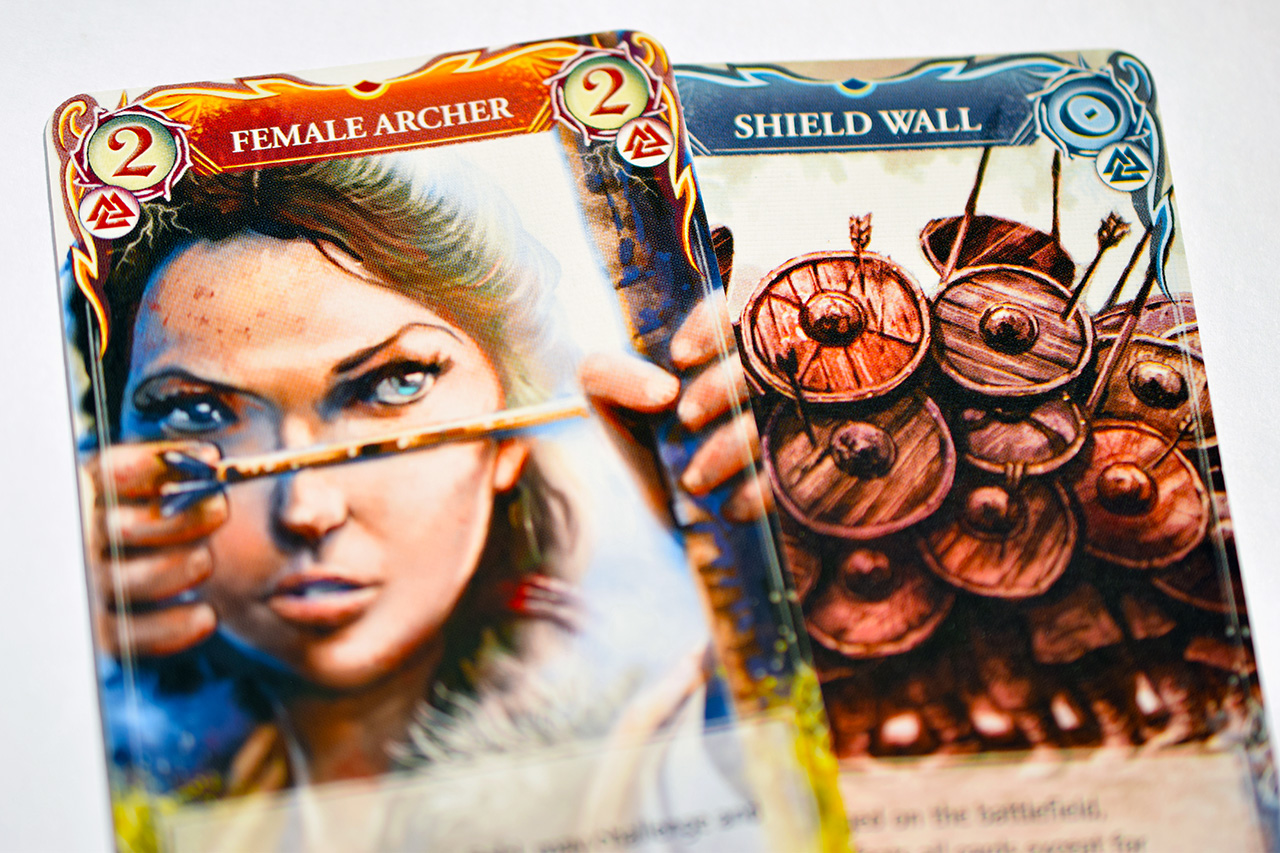 Let the Thunder of Victory Sound

Thunder and Lightning is a fantastic reimplementation of an already fun game. The Norse theme is approachable in this day of Marvel’s Avengers and History Channel’s Vikings. Also, the artwork is excellent—the card backs have gorgeous Thor and Loki artwork to distinguish them from one another and the main card art is great—with each character having its own full-color illustration. The cards are large, which makes for a really clean look and provides a lot of space for excellent artwork and clear ability text in the case of the mythological cards. The only trouble that this brings is that sometimes your table is just too small for a battlefield that is four cards deep. We found that overlapping the cards in our battlefield worked out just fine, though, so you can definitely make it work if that’s something that could be a problem for you.

In addition to the identifying decks, each player gets a wooden token with an image of their character on it. The wooden tokens don’t actually have any bearing on the game, and the card backs seem to be plenty indicative of who is playing which character, but they’re a neat little addition. They serve as an indicator of the effort that was put into making a high quality game, which is something Z-Man likes to do for us.

As I said, the mythological cards do have their abilities printed on them, but the card text is unfortunately not always enough to fully explain the ability. While learning the game or teaching others, you may need to pause and check the rule book several times for the more in-depth descriptions of the card abilities to ensure that the cards are being used correctly. This didn’t play a major role in our gameplay though, especially after the first few games we played—there aren’t that many card abilities to learn and they generally make sense and are easy to pick up and remember. 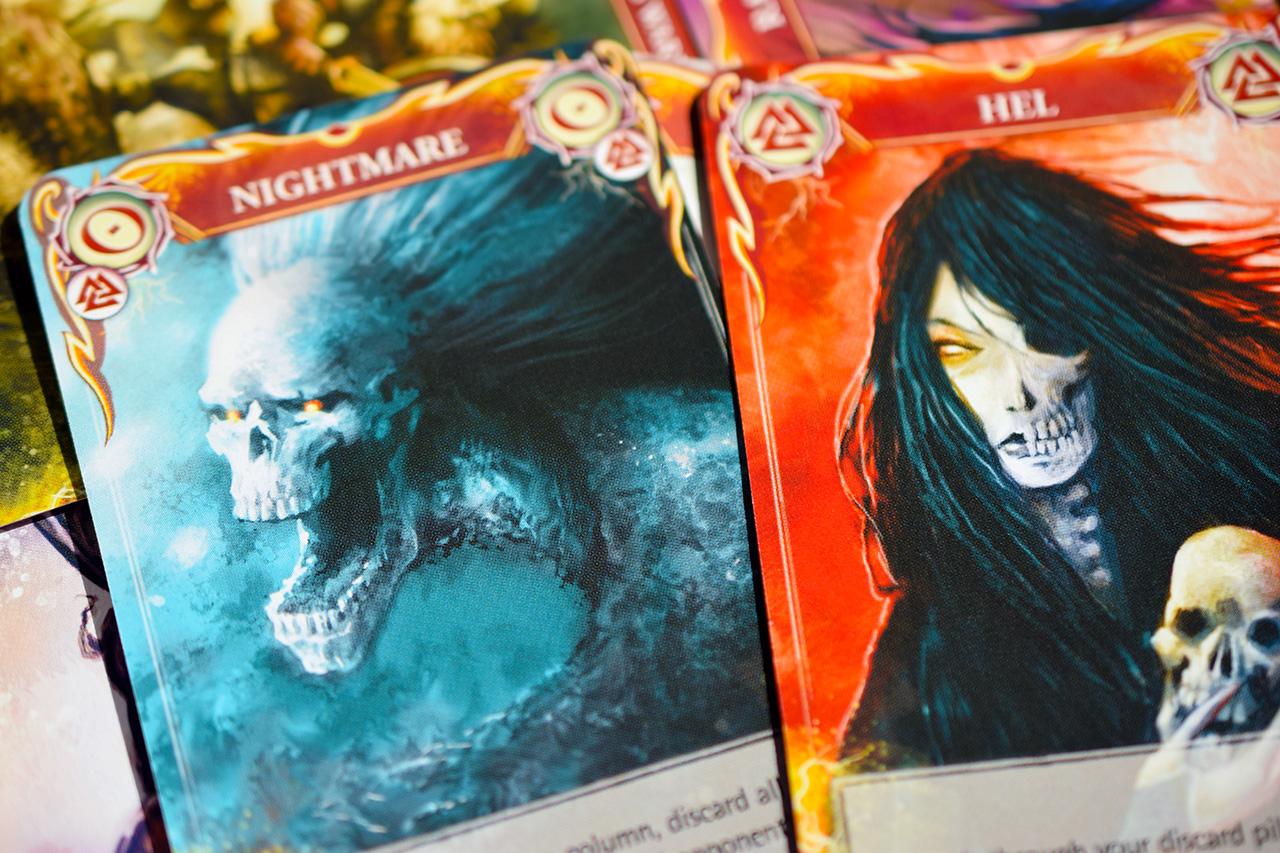 The aesthetic value and easy rules allow you to focus on the goal of gameplay—cleverly rooting out your opponent’s magical artifact or smashing their forces into the Asgardian landscape. Turns move quickly, especially with the fluctuating number of action points, but do not lack thought or strategic value. There are usually more things you’d like to do on a single turn than possible, but the game’s simple challenge-combat system and hidden information keep the pacing brisk.

Hand management is essential; the randomness of your draw deck can often dictate your immediate choices, but the option to draw cards is always there so you are never far from a realm of new tools and tricks. The cost is time, however, so you must balance a steady board presence along with searching through your deck for your favorite cards. Fortunately, every card in your deck is valuable, meaning you almost always have something to fight back with or at least a few shield walls to hide behind to buy time.

While I’ve never played the original Hera and Zeus, from what I understand Thunder and Lightning has improved upon its original design. I have thoroughly enjoyed the multiple plays of this game and foresee it being a staple in our household. I definitely recommend it for anyone looking for a two-player card game. 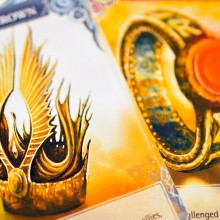 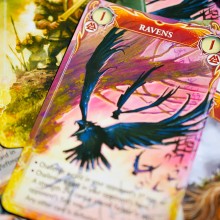 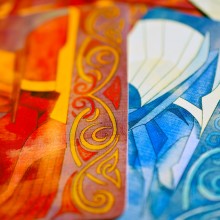 I stared at Thunder and Lightning for a long time before picking it up. Had I known that it was Z-Man’s Norse restructuring of Hera & Zeus, I wouldn’t have even blinked at the purchase. I’d heard rave reviews of the Kosmos two-player title and always wanted to pick it up; fortunately, it seems the buzz was accurate.

Thunder and Lightning manages to provide gameplay that is reminiscent of collectable and living card games without any of the fuss. It’s simple combat and action-point system provides nice boundaries for each turn, but the vast strengths and abilities of the cards makes the possibilities swell.

While it would make perfect sense to criticize this game for being card-draw dependent at first glance, the balance and power level of each card has been developed (dare I say?) masterfully. Having played enough to experience the highs and lows of the potential card draw (here’s looking at you, six Ravens and Odin’s Ring in Turn 2), I have been pleasantly surprised by how the combination of always-available card draw and cleverly designed abilities provide a vast array of answers and tactics, even in the worst case scenarios. Playing cards face down further deepens the experience, by not only providing you the option to bluff your way out of some tight corners, but also creating a lag time between the setup and execution of your strategies.

The design facilitates a tension and balancing act between establishing your own board presence, developing a strategy, and trying to check your opponent—occasionally probing her or his battlefield and hand to keep them honest and not let them get too far ahead of you. I find it to be satisfying and engaging without asking too much from the players in terms of time commitment or prerequisite knowledge. Many games that provide a similar experience involve deck-building, keywords and a vast card pool. Here, both players operate from the same deck of cards, but achieve the feeling of a mysterious deck-build due to the random card draw and large hand size.

Kel spoke well of the aesthetic design above, and her words ring true. The game, although somewhat cumbersome with two full battlefields, is beautiful. A nice touch in this area is just how distinct each card is in illustration. After just a few games, simply seeing the card art from across the table or in hand was all I needed to recognize its abilities, strength, and all of the problems it could potentially cause me.

With this game falling squarely into one of my favorite genres—two-player card game—I find it to be no surprise that I’m in love with this title. It has solid roots and this 2016 facelift is an example of how reprints and re-implementations should be conducted. I gladly add this to my shelf as a perennial addition and look forward to playing it for a long time.