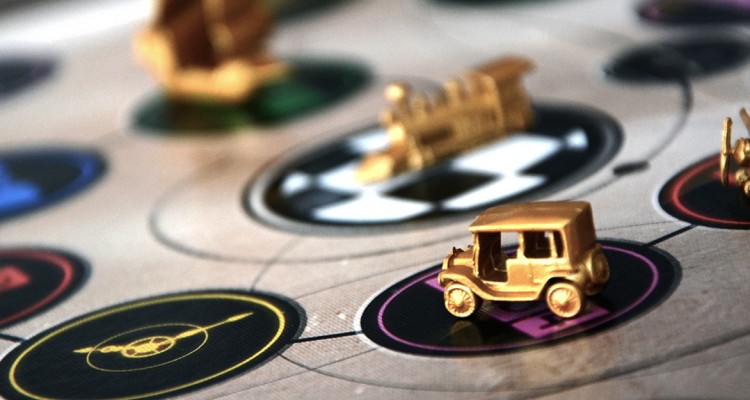 Back in 2010,  Frederic Henry’s Timeline series began its mission of bringing all aspects of history, both obscure and iconic, into the limelight. A half dozen expansions in as many years has extended the series’ reach, allowing players old and young the opportunity to test their memory of Earth’s chronology. Timeline and its spin-offs are an undoubtedly wonderful bridge between classic family-style games like Trivial Pursuit and the more obscure hobby gaming market. That being said, a clear pattern arose with the series, and at least in our corner of the world, players found diminishing returns in the simple topic shift of each successive release.

Enter Timeline Challenge, the big box title born from the success of its predecessor. 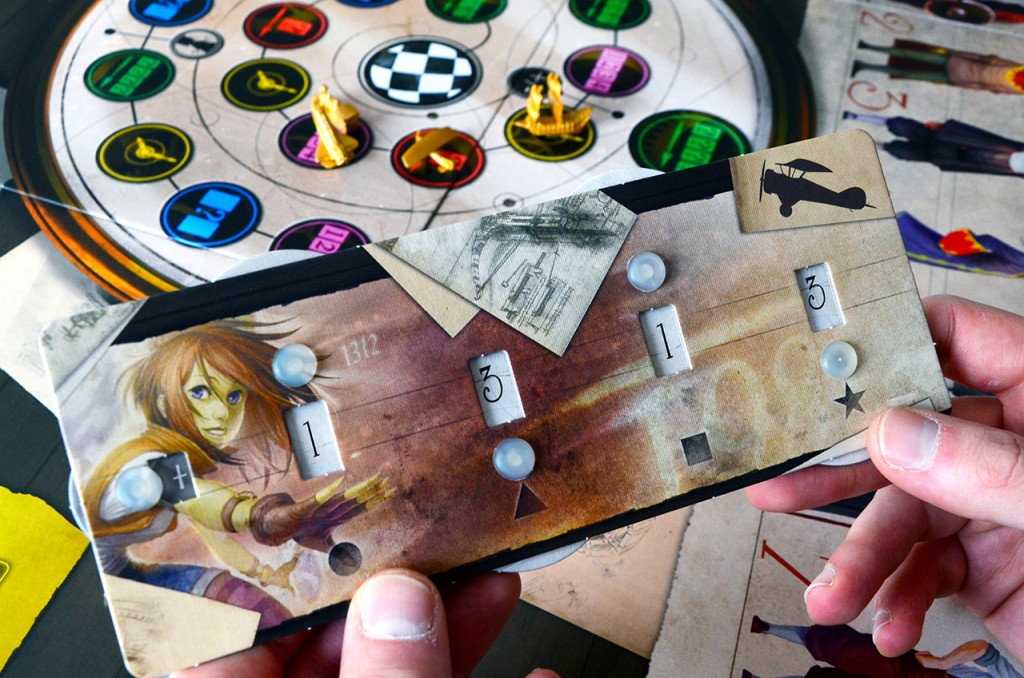 Timeline Challenge takes the gamification of world history one step further, incorporating a massive board, individual answer boards, and a progressive game track. You will move along the spiralling track by succeeding in a variety of different challenges, all based around the original Timeline mechanism of correctly identifying the year of a particular occurrence. Depending on which of the five possible mini-games you are playing and your individual successes, one or more players will move 0-4 spaces along the game track each round. The game will continue in this fashion until one player crosses the finish line, at which point they are crowned – I assume – the Ruler of All Time and Space.

Timeline Challenge succeeds in many ways, most notably in its ability to transform a known property into something much bigger, but still accessible. Yes, Timeline Challenge is powered by a Timeline engine, but all of the bells and whistles on this board game TARDIS are completely fresh, making it a much improved filler-style experience. The mini-games take a different aspect of the basic chronology and twist it to have you ordering events, guessing the time-gap between events, or even simply guessing the year of an occurrence as exactly as possible. The frequency of these mini-games is also spaced well, allowing you to experience all of the different options in a single game, with minimal repetition of any one type. 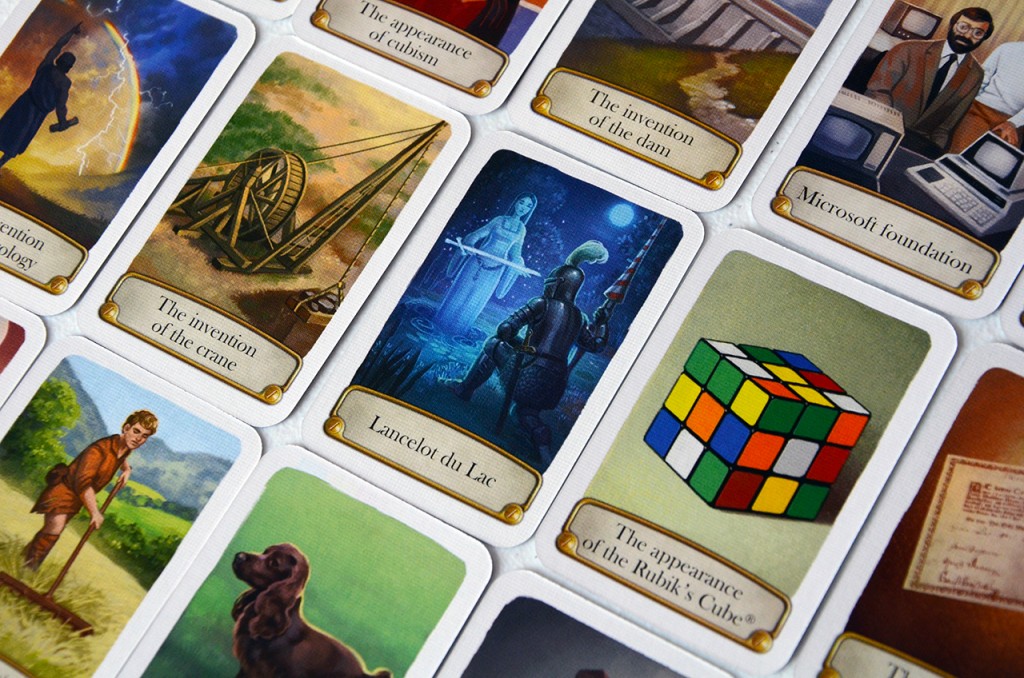 The inclusion of two catch-up challenges for the players furthest behind is also a welcome addition, making it easier for all players to stay in contention throughout the game. These heads-up style Timeline duels trigger at two predetermined points during the game and add an additional two mini-game types to the repertoire. Only being able to play these while in last place actually adds a fun, counterintuitive little twist, giving the consolation prize of an exclusive mini-game to those friends that insist the first sighting of a U.F.O. was actually 4,000 B.C.E.

Overall, Timeline Challenge lives up to its name while offering a few pleasant gameplay twists and a large components overhaul. The only critique of this title is the glaring overproduction of such a simplistic system, but even so, the large box provides ample room for all Timeline titles past and future, which are fully compatible with this new way to play. Whether new to the series or a seasoned history buff, Timeline Challenge is the bigger, better way to competitively put things in order and one that sacrifices the portability of its older brother for a more fulfilling and varied experience. 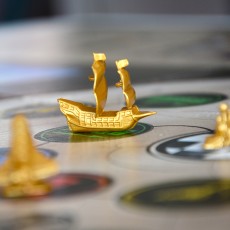 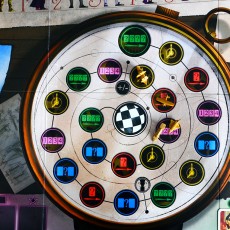 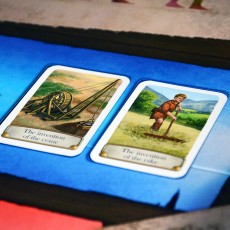 I will be the first to admit that I am terrible at history. With that being said, I am also not very good at traditional Timeline. That doesn’t necessarily mean I haven’t enjoyed it while I’ve played, I’m just not very good. Similarly, I am not the greatest at Timeline Challenge because, well, it also operates on the assumption that you have some inkling of historical knowledge, which I do not. Timeline Challenge, however, mixes up the game play so that each mini-game is exciting even if you are just grasping at straws in the space-time continuum. Because each mini-game has you focus on a different aspect of the historical timeline related to the event(s) in question, there is opportunity for those who do not necessarily know the precise dates of events to still earn some points. Just because I don’t know exactly when the paperclip was invented, I can say with some certainty that it happened after the fall of the Roman empire, and there are mini-games that allow me to do that, unlike in Timeline when my ability to place “the Invention of the Paperclip” is entirely dependent on how few cards are on the table. I will definitely choose Timeline Challenge over Timeline, despite its lack of portability, and will recommend it to anyone who likes or is interested in trying Timeline.

I was only able to play Timeline Challenge once and I really enjoyed it. I am not familiar with previous Timeline games so this was my first exposure to the series. At the heart of the game is a family style trivia game where guessing the answer is what it’s all about. You do not have to be a history buff to play and win this game (of course if you are a history buff you will have a clear advantage). The production value is way over the top and the board is about three sizes too big but not unwelcomed. The player board that is used to lock in your answers is the best part of the game. Flipping them over to see how you answered against other players can at times offer great joy or humiliation. I would welcome more plays in the future and may add it to my collection for those times where you need a good family style trivia game.

Timeline Challenge is a great addition to the Timeline game. Timeline itself was fun and an especially big hit with my non-gamer friends. This version adds in some great variety and I really enjoy the different ways it allows you to play it through the unique mini-games. After playing this the first time, I knew I would be buying this for my own collection to play with family and friends. I was able to try it out with the family over Thanksgiving and they really loved it and couldn’t wait to play again. It doesn’t matter if you’re good or bad at history it’s fun just to see how wrong you can be, even for the best history buffs. I also love that the insert leaves room for you to add the original Timeline cards to it; you’ll certainly want to. Overall, Timeline Challenge has reinvigorated the original for me and I know I’ll be playing this again and again.